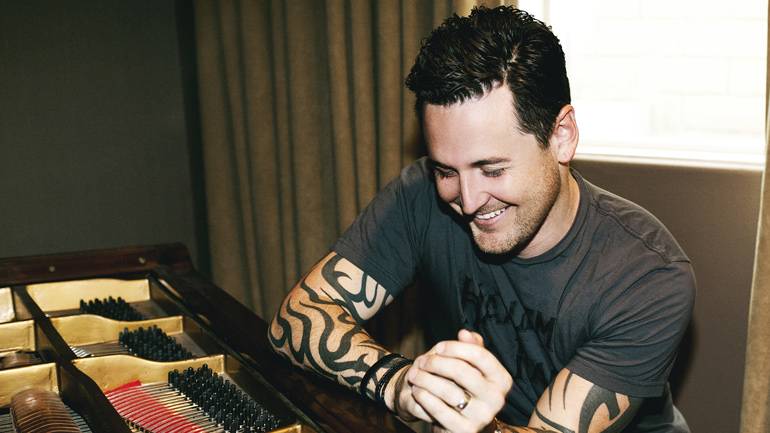 David Hodges (@hodgesmusic) is a multiplatinum songwriter-producer, multi-instrumentalist, BMI award recipient, GRAMMY winner and Golden Globe nominee. Hodges cut his teeth as one of the founding members of 18 million-selling Little Rock, Ark.-based legendary rock act, Evanescence. At the height of the band’s success, he left for Los Angeles to focus on songwriting and production. In the past decade, Hodges has worked with some of the biggest artists in the world — from writing their hits to creating successful end titles for film. From the haunting piano melodies of Evanescence’s “My Immortal” to the 7 million-selling cinematic Twilight end title, Christina Perri’s “A Thousand Years,” Hodges’ signature sound starts on the piano and resonates in every song he’s written. Hodges also co-wrote several #1 smash singles: Kelly Clarkson’s “Because of You,” Daughtry’s “What About Now,” Carrie Underwood’s “See You Again” and many others. Hodges has sold more than 65 million records to date. He is currently working with Carrie Underwood, Christina Aguilera, Josh Groban, Nickelback, Avril Lavigne, Christina Perri, Tim McGraw, Lady Antebellum, Hunter Hayes and others. Learn more about Hodges and his history as a musical scribe at this year’s “How I Wrote That Song” panel and join the conversation on Twitter with #BMIHIWTS.