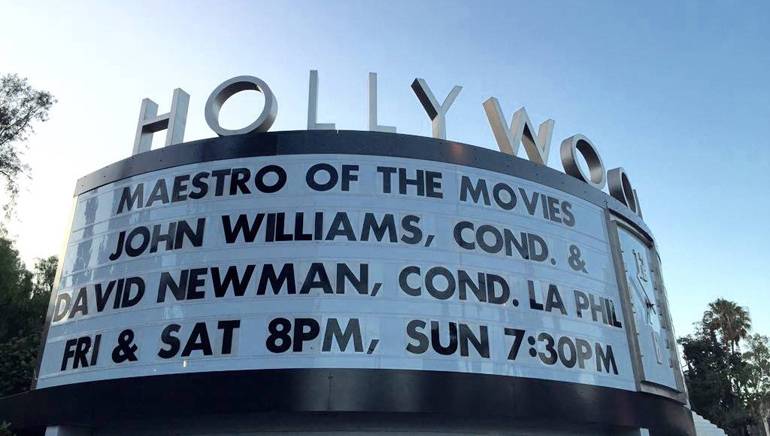 BMI composer/conductors John Williams and David Newman returned to the Hollywood Bowl for three nights over Labor Day weekend to give movie-loving audiences more groundbreaking performances of film music. During the magical night under the LA stars, which was aptly entitled “Maestro of the Movies,” Williams conducted his scores from blockbuster films including the Star Wars sagas, E.T., Harry Potter and Superman, as well as his new Spielberg collaboration, BFG, among others. David Newman, who kicked off the evening, led the Los Angeles Philharmonic on a musical tour through other classic film scores from Paramount Pictures, including Forrest Gump, with music by BMI composer Alan Silvestri; Mission Impossible, with music by BMI composer Lalo Schifrin; North by Northwest, with music by BMI composer Bernard Herrmann; as well as excerpts from Sunset Boulevard, Sabrina, Star Trek: Into Darkness and The Godfather. Both Williams and Newman have won numerous awards and accolades, including BMI’s Richard Kirk Award for outstanding career achievement. Williams, along with a record 50 Oscar nominations, is also the first composer to receive the American Film Institute’s Lifetime Achievement Award.