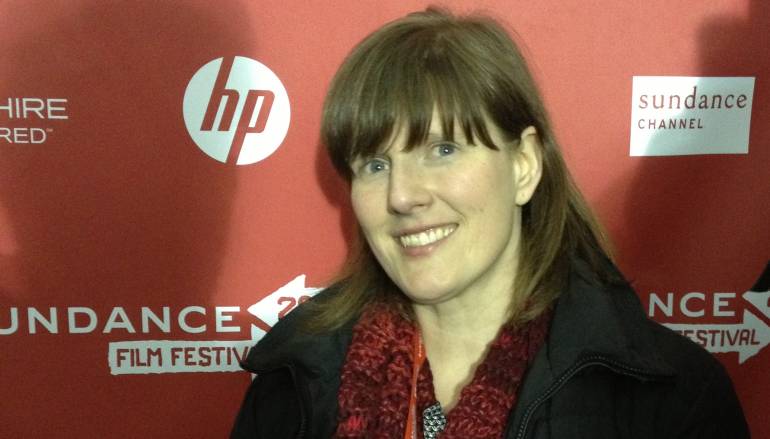 Things always seem to get a little more interesting after dark.

That definitely proved true here at Sundance. This was my second year here with a film. I attended the festival last year with the film Compliance, directed by Craig Zobel, and this year I was lucky enough to be a part of the many textured score for The Rambler (along with the lonely guitar bendings of Scott Honea and the perfectly deranged songsmithing of Jed Maheu), directed by Calvin Lee Reeder as part of the Park City at Midnight series.

It was great seeing friends and collaborators, such as the great talent Will Files, mixer extraordinaire, from Skywalker Sound. Compliance was mixed up at the ranch and that trial-by-fire experience taught me so much about the whole mixing process. Will Files—with such great ears and patience—is a great all around person.

I never thought I would be able to talk to Mr. Terence Blanchard about our shared performance at the Grammys with Lil Wayne, Allen Toussaint, Robin Thicke, and the Dirty Dozen Brass Band. I used to be Lil Wayne’s bass player on the 2008-2009 “I Am Music” tour, but that’s another story all together. There I was, talking with one of my musical heroes, chatting about that very surreal time in my life. Only at Sundance! Only at night!

I got a peck on the cheek from another hero, Mr. Albert Maysles. Yet another I never thought that would happen moment. I was like a giddy kid.

Of course, seeing The Rambler on the big screen along with an audience was exciting! Man, I feel so lucky to be a part of a film that looks equal parts strange and beautiful. I was thrilled to really take in the full composition of the film and the darned beautiful cinematography of Dave McFarland.

This was also a great year for live music here at Sundance. So many top-notch concerts! The exceptional pipes of the stars of the documentary Twenty Feet from Stardom (directed by Morgan Neville) pretty much tore the roof off of the Kimball Art Center by the time the encore hit.

As someone who used to be a recreational insomniac, I have always had a love for the nighttime hours. I’ve finally figured out how to sleep every now and then, but I am still a bit of a creature of the night. Thanks to Sundance, this creature got to see some great friends and make some great new ones!