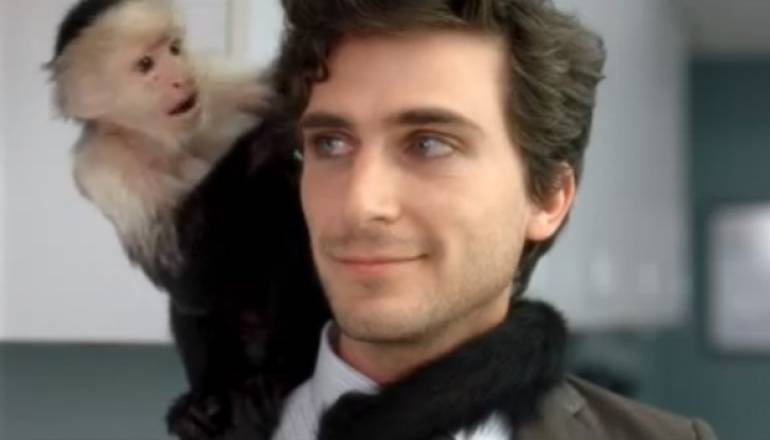 A man walks into an office elevator, and on his shoulder there’s a monkey snacking on dandruff. The other man in the elevator shirks away, dismayed. The tagline in this Garnier Fructis Anti-Dandruff Shampoo commercial: There’s a better way to fight flakes. Somehow the scene-stealer in the 30-second spot isn’t even the hungry primate; it’s the catchy song that plays as the flake-afflicted protagonist navigates his workday. Called “Evolve,” the tune belongs to The Non-Commissioned Officers, a Nashville indie-rock band that’s garnered lots of attention because of the commercial. That’s because, whether Garnier Fructis likes it or not, the lyrics “We’ve been best friends for oh so long now…” march along in the brain far longer than the company’s marketing slogan.

“The placement [of “Evolve”] has definitely caused some ears to perk up,” says The Non-Commissioned Officers guitarist Cheyenne Medders, fresh off the stage from the band’s first gig on the Grand Ole Opry stage. “The blogs are lighting up, and a lot of people have said they love the song.”

Landing a song in a national commercial, TV show, or film can provide both a financial pick-me-up and immeasurable and immediate exposure for indie bands like The Non-Coms. In 2007, Apple trumpeted its new iPod Touch with a 2007 commercial featuring “Music Is My Hot Hot Sex,” a song from the debut album of then-unknown Brazilian band CSS. With an emphatic electronic drumbeat and naughty pop lyrics, the song became the fifteenth most downloaded song in the U.S. within just two weeks of the spot’s premiere.

Los Angeles-based Gabe Hilfer — a music supervisor for consulting and clearance company Clear Songs — says he always has an ear out for new bands to include on his soundtracks. As the music man behind blockbusters like The Wrestler and Sicko and TV shows like Treme and Entourage, Hilfer has the power to align the stars for a no-name band.
“I’m always interested in working with lesser-known artists,” says Hilfer. “Sometimes projects call for big, well-known songs, and those are an important part of what we do, but finding a great track by a lesser-known artist that works for a scene is in many ways a more rewarding experience.”

Hilfer warns that licensing a song to a film doesn’t normally mean overnight success. If it’s a small project or if the song doesn’t play for very long in a scene, it might not yield many new fans or enough money to write home about. But it can still be an important step in the right direction, says Hilfer. “What I would keep in mind is that the music is getting out there, and we also tend to remember who we’ve had good experiences with and may think of them for the next project which might not be as constrained in terms of budgets.”

The best way for a band to get its music into the hands of Hilfer or someone like him? Go the old-fashioned route. “Put a CD in the mail,” says Hilfer. “I prefer to listen to music that way.”

One last thing: When it comes to peddling a product, bands tend to agonize over whether or not they’re “selling out.” Medders says that’s only cause for concern when a band starts to sound unlike itself — or too much like someone else — for the sake of a dollar.

“Make music that makes your heart pound and your skin tingle and sets your soul on fire,” says Medders. “Then, both humbly and confidently, hand it to the people that publish and pitch. If the music has won you over, chances are it will win somebody else over too.”