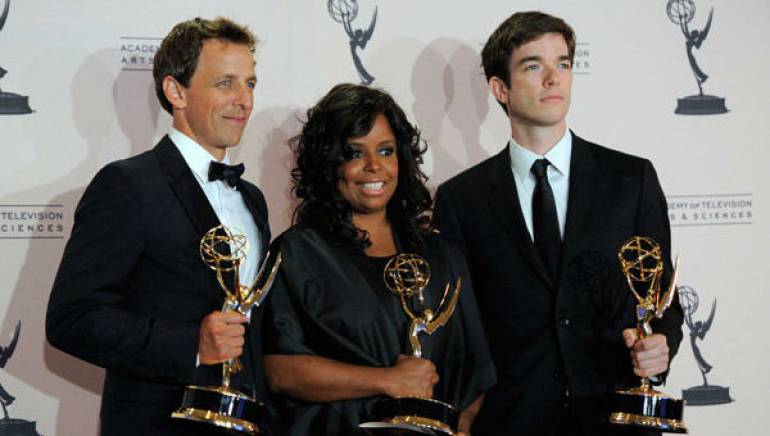 Harry Connick, Jr. and Katreese Barnes led the BMI charge in the music categories of the 2011 Primetime Creative Arts Emmy Awards, held Saturday, September 10. Connick, Jr. claimed the Outstanding Musical Direction trophy thanks to his Harry Connick, Jr., In Concert on Broadway for PBS, while Barnes came out on top of the Outstanding Original Music and Lyrics field in recognition of Justin Timberlake’s monologue from Saturday Night Live, which she co-wrote.

The throwback crooner and SNL staple underscore the dexterity and depth of BMI’s roster of songwriters and composers. From iconic scene stealers to behind-the-scenes innovators, BMI represents the music’s top creators.

For more information on the 2011 Emmys, visit www.emmys.tv.