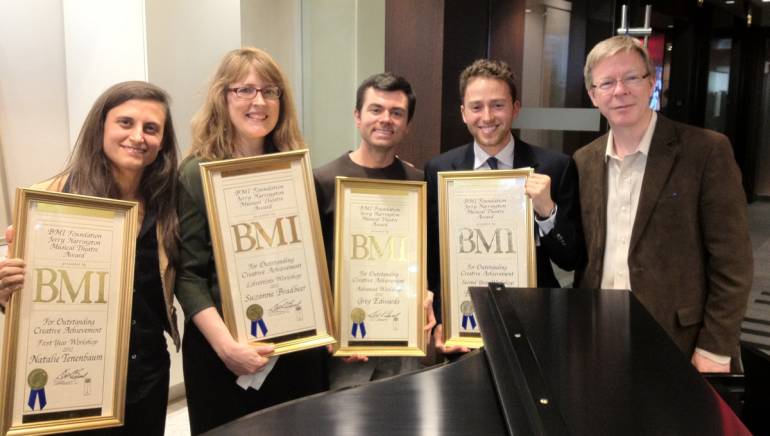 The 13th Annual BMI Foundation Jerry Harrington Awards for Creative Excellence were presented during a ceremony held on June 18 at BMI’s New York offices. The 2012 recipients of the prestigious awards are Natalie Tenenbaum, Suzanne Bradbeer, Greg Edwards, and Benjamin Velez.

Funded by BMI Assistant Vice President and BMI Foundation board member Evelyn Buckstein, the awards are given to a member of each BMI Lehman Engel Musical Theatre Workshop group and were established in honor of Buckstein’s colleague, the late Jerry Harrington, who was passionately devoted to musical theatre.