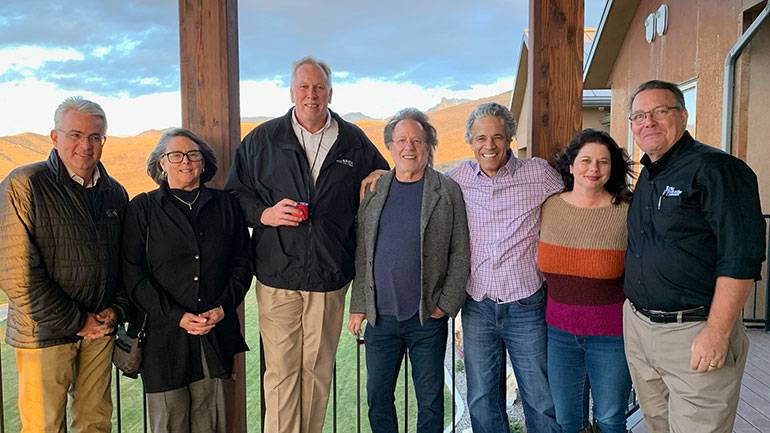 In what has become an annual tradition, BMI provided the musical entertainment at the International Idea Bank fall conference, held recently (10/22) in Elko, Nevada. The GRAMMY and Emmy-nominated songwriter Steve Dorff performed at The Ruby 360 Lodge for an audience of radio executives from around the world. Dorff has written songs for the likes of Barbara Streisand, Kenny Rogers, Celine Dion, Whitney Houston, Anne Murray, George Strait, Garth Brooks, and countless others. His songs have charted in five successive decades, with #1 records across 4 decades. He is currently working on two new projects in musical theatre: Josephine (The Josephine Baker Story) and Pure Country (The Musical).