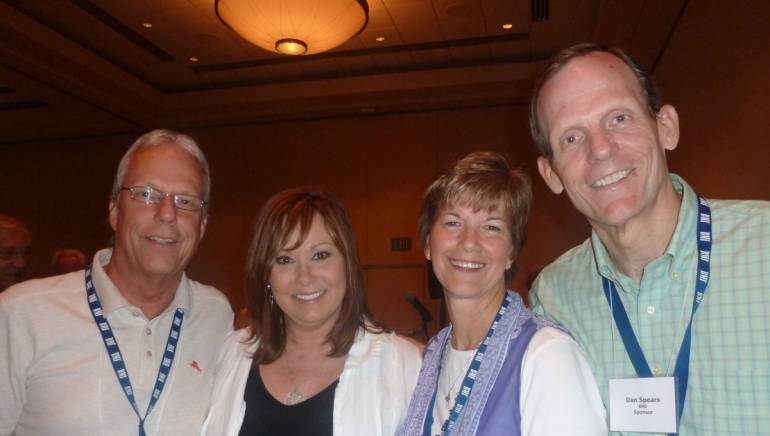 BMI was proud to present a special performance by GRAMMY award-winning Country/Americana artist Suzy Bogguss at the International Broadcasters Idea Bank’s Spring Convention held recently (5/19) at the Hyatt Regency in Sarasota, FL. Bogguss performed in front of a large and enthusiastic group of radio station owners and operators from across the U.S., Canada and Australia. She not only performed hits from her catalogue of 4 gold and platinum albums that spawned 8 top 5 singles, but she also sang songs from her recent album Lucky, which contains covers of some of Merle Haggard’s biggest cuts. Members of the International Broadcasters Idea Bank gather twice a year to discuss ways that can generate more revenue for their radio stations and better serve their respective communities.