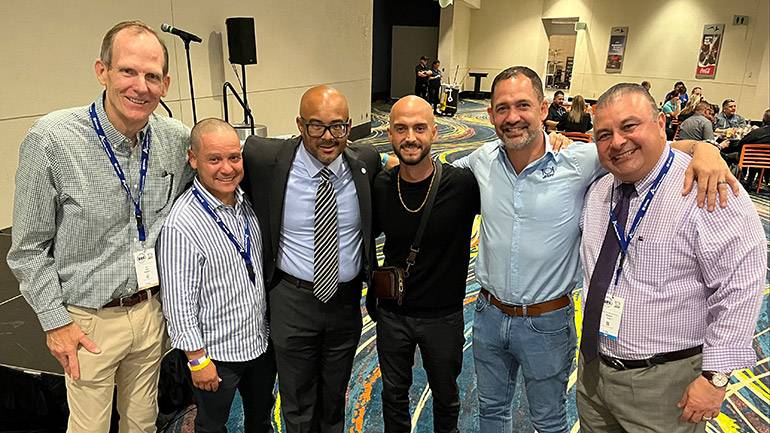 The 2022 Association of Restaurants of Puerto Rico’s (ASORE) Annual Bakery & Restaurant Show at the PR Convention Center in San Juan included a music licensing presentation from BMI as well as a performance by award-winning BMI songwriter Sie7e. The Bayamon, Puerto Rico native, who won a Latin Grammy for Best New Artist in 2011, played an inspired set of some of his biggest hits for a large audience of Puerto Rican restauranteurs as well as hospitality industry executives from the Island.