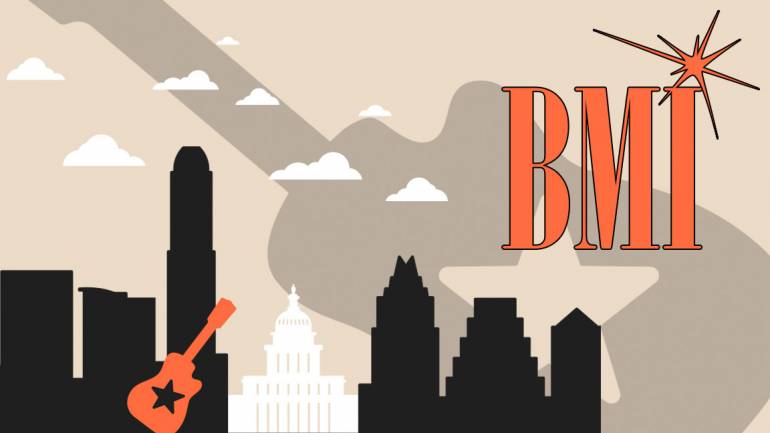 Governor Greg Abbott and BMI today announced that BMI is expanding its presence in the Lone Star State and will open its first creative office in Austin, Texas. The new office, expected to open in early 2019, will allow BMI to work directly with the talented songwriters, composers, publishers and emerging songwriter/artists in the thriving Austin music community and help enhance their ability to earn a living by writing music. The BMI office is being opened with the support of Governor Abbott and the Texas Music Office and Entrepreneur Gary Keller, co-founder of the Austin Music Movement, who is signing on as a key sponsor of BMI’s Texas music initiatives.

“Today we are proud to announce that BMI’s support of Texas songwriters, composers and music publishers will become even more Texas-focused,” said Governor Abbott. “This capital investment expansion represents a real commitment to continue Texas’ rise as a music industry business center. I thank the Texas Music Office for their work in making this expansion possible and look forward to working with BMI to grow our thriving music industry.”

Mike O’Neill, President and CEO of BMI, added, “BMI has been active in the Texas music community for decades, and as their creative community has grown, we’ve grown along with them. Having a permanent presence in Austin is the next logical step, and we look forward to building on our many relationships within the industry to help give Texas songwriters all the support they need to create their greatest music. We’re thrilled to call Austin our newest home.”

Temporary office space has been identified and BMI is aiming to open its permanent office in either the Business District or South Congress area by March of 2019, to coincide with the 33rd annual edition of SXSW. BMI is actively conducting a search for the Creative executive to lead this office; the Austin team will report to BMI Vice President, Creative, Jody Williams, and BMI Assistant Vice President, Creative, Mason Hunter, who are both based in Nashville.

“BMI has a long track record of music industry community building in cities such as Nashville and Atlanta, and we look forward to working with them as they continue their work here in Texas,” said Texas Music Office Director Brendon Anthony. “BMI’s move to Austin represents a significant investment towards supporting Texas songwriters and their compositions. We are proud to welcome BMI and will work alongside them to increase opportunities for Texas musicians in the years to come.”

“The new BMI office adds to the incredible momentum we’re seeing behind the growing Austin Music Movement,” added Gary Keller. “Austin is the Live Music Capital of the World and having a company like BMI, with the support of Governor Abbott, establish a presence in our city helps further our efforts to support local music and provide resources to the many great musicians who call Austin home.”

BMI has played a major role in the development of Texas artists and writers who have gone on to great heights in the music industry, such as Robert Earl Keen, Willie Nelson, Waylon Jennings, Ray Benson, Bruce Robison, Joe Ely and Gary Clark Jr. Through its collection and distribution of public performance royalties, as well as its support of signature events like SXSW and the Austin City Limits Music Festival, BMI has been a steadfast supporter of the growth of the Texas music economy. The Austin office is the newest location for BMI, which currently has offices in New York, Los Angeles, Nashville, Atlanta, London, Puerto Rico and Washington, DC.