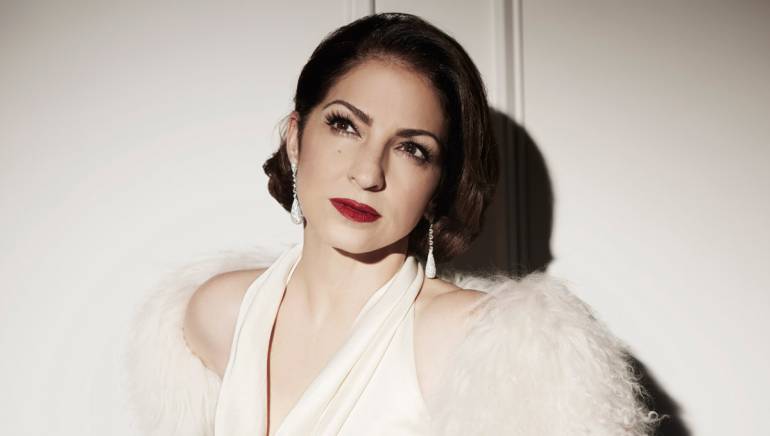 Born in Havana, Cuba, Estefan’s career began with the Miami Sound Machine in the mid ’70s, where she met and married bandleader Emilio Estefan, Jr. in 1978. During the ’80s, Estefan penned and performed a plethora of BMI award-winning songs, from the bubbly ditty “1-2-3” and dance hit “Rhythm Is Gonna Get You” to endearing ballads like the GRAMMY-nominated song, “Anything For You,” along with “Can’t Stay Away From You” and “Words Get In The Way.”

By 1989, Estefan launched her solo career with the album, Cuts Both Ways; with its titular single and “Here We Are” also becoming BMI award-winning songs. In 1994, her album, Mi Tierra, won a GRAMMY award for Best Tropical Latin Album, an honor she also received in 1996 for Abriendo Puertas (the same year she performed “Reach” at the closing ceremony of the Summer Olympics in Atlanta) and again in 2001 for Alma Caribeña. Estefan has also won several Latin GRAMMY awards, including  won Best Short-Form Music Video for “No Me Dejes de Querer” in 2001, Best Traditional Tropical Album for 90 Millas and Best Tropical Song for “Pintame de Colores” in 2008, the same year she was named Person of the Year by the academy.

A career filled with remarkable resilience and commercial and critical success, Estefan’s talent goes beyond her fantastic vocals. She is also an author of two children’s books, The Magically Mysterious Adventures of Noelle the Bulldog and Noelle’s Treasure Tale. She is one of Billboard magazine’s top 100 best-selling musical artists and is considered the most successful crossover performer to date, with an estimated 100 million records sold worldwide. Her distinctions include an American Music Award for Lifetime Achievement and an Ellis Island Medal of Honor in recognition of her contribution to the immigrant experience. Her induction into the LSHOF further underscores her role in shaping Latin music and culture.

The LSHOF, founded in 2012 by legendary writers Desmond Child and Rudy Perez, works to “educate, preserve, honor and celebrate the legacy of the greatest Latin songwriters from all over the world.” Join us in celebrating all of the BMI honorees, and enjoy a selection of Gloria Estefan’s BMI award-winning songs: