Posted in MusicWorld on June 17, 2016 by Malcolm Venable 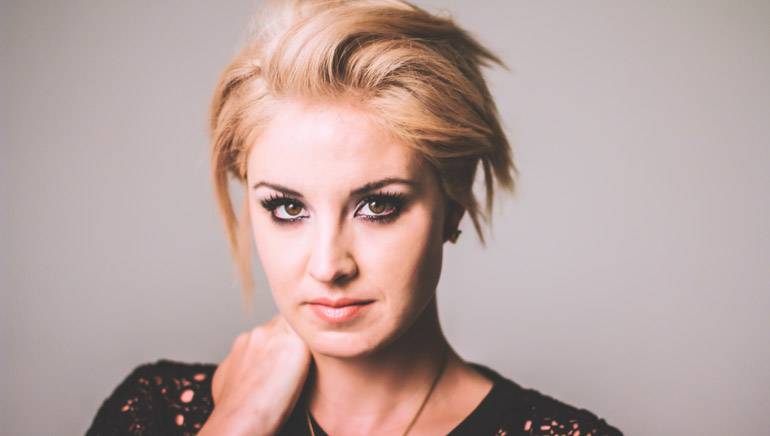 Collaborations between country and rap artists aren’t unheard of. But Maggie Rose’s contribution to “Laid Back” with Mannie Fresh and Big Boi, from the album of her collaborative partner Dallas Davidson, Country Boy Swagger, might be one of the most wonderfully unusual country-rap mashups ever.

For Rose, fast emerging as Nashville’s “It Girl” songwriter, artist and producer, wonderfully unusual music isn’t a novel idea for her. Get to know the Washington, D.C.-area native and you’ll discover that she was probably more destined to be a hybrid artist than a by-the-book country singer in the first place.

“We don’t have a genre specific to our region,” she says of what locals call “The DMV” (D.C. Maryland, Virginia). “It was a melting pot. I listened to pop and country and EDM…that’s a good thing.”

Her wide palette would come to help her change the rules of the game. An entrepreneurial risk-taker from the start, Rose would sneak in originals while playing in a Bruce Springsteen cover band, the B-Street Band, as a 16-year-old. Eventually she got the courage to send music to Tommy Mottola, who to her surprise, called her one day while she was en route to an economics class at Clemson University. That call changed her life; she soon dropped out to pursue her passion and the rest is history—although her path to success wasn’t without bumps.

“I think from the outside anyone seeing me starting to get a little recognition, it looks like it happened overnight,” she says. “It’s been a long time coming.”

Her career has been full of highs, including initial notoriety for her 2009 cover of Kings of Leon’s “Use Somebody”; her video for “Maybe Tonight” debuting at No. 1 on Great American Country’s Top 20 Country Countdown in 2011, and having Disney Channel feature her songs “Watch Me” and “Breakout” from her Maybe Tonight EP on the series Shake It Up. At the time, she was performing under her birth name, Margaret Durante.

She was already evolving though, and fast: by 2011 she’d christened herself Maggie Rose, the first clue she was slipping away from a pressure to conform. “I was told very vocally ‘Be yourself,’ but told not to do this, not to wear that. I would rather create without confines. I think our audience is smarter than we give them credit for.”

Even after her 2013 album Cut to Impress was lauded on many of the year’s Best Of lists, the multi-talented Rose was thinking and dreaming bigger than what conventional wisdoms would allow.

“I hate to sound melodramatic,” she says, “but two years ago things blew up with my label and the country route.” Having the right people around her at the right time, who pushed her to dig deeper, helped. “I thought for a minute I would pack up and go home,” she says. “But I got over it.”

After a year in the studio, Rose re-emerged. She released her EP Variety Show in 2016, an innovative blend of pop and gospel influences grounded in her country roots. It’s a gusty and bold declaration that pushes boundaries, especially with its lead track “Inevitable,” a soaring, synth-heavy ode to aligning with one’s purpose––obstacles and closed doors be damned.

“The self-acceptance theme is really throughout the whole album,” Rose says. “Love Me More,” for which she enlisted BMI Songwriter of the Year Stephony Smith, follows that theme too and explores the realization that some bad situations are good. “In hindsight, you realize maybe your plan was stupid.”

Much like her collaborator, Dallas Davidson, BMI Songwriter of the Year and President of Play it Again Publishing, Rose is welcoming projects that let her pursue a broad range of ideas still anchored by her pedigree. “Country offers substantive lyrics, pictures you can see,” she says, but “with pop I feel like I can be larger than life. Production with pop and EDM has opened this whole new level of creativity. I have a whole new set of tools and ways to play with arrangement techniques.”

BMI offers an incredible support system as she continues to define and shape an already strong career. With BMI, she says, “If you are writing and contributing, then everyone is valid. It’s nice to know you have that home base. It’s nice to know you have resources to connect you with why you’re here in first place.” She mentions Catherine Brewton, Nina Carter and Jody Williams as exemplary examples of support. “[Williams] may the busiest guy in Nashville, he reads every interview I do…I just don’t know how he has enough time in the day. He just loves what he’s doing and the creative process and creative people and makes us want to work harder.”

She definitely is working hard. Rose wrote 144 songs in 2015 while touring nearly non-stop with groups as diverse as pop sensation Rachel Platten to rapper Wale and country star Braid Paisley. She’s now producing the Morrison Brothers Band, and working on a second Variety Show. “I just want to keep putting stuff out there, keep creating,” she says. “I love touring and I love being on stage.” There’s an LP in the works too and more collaborations. Nothing’s concrete yet but there’s one thing to be sure of. “I won’t be restricting anything.”