Posted in MusicWorld on November 22, 2016 by Malcolm Venable 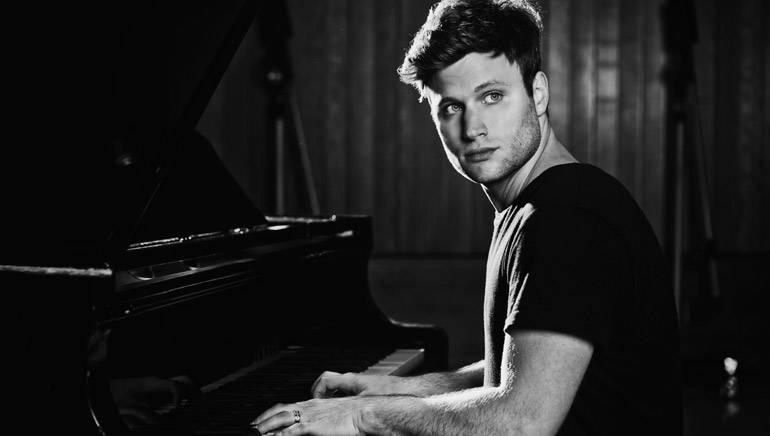 32-year-old U.K. native Jamie Scott has lived many lives in his career: early gigs in London; writing and producing under the name J.S. Baylin; playing in the band Jamie Scott & The Town; and then joining the duo Graffitti6, which got placements on TV shows including Grey’s Anatomy. It’s his work with One Direction, though, that’s made his name impossible to ignore, especially after Midnight Memories in 2013. Debuting at No. 1 on the Billboard 200 (and reaching multi-platinum status in several countries), the album soared thanks in part to “Story of My Life,” which became 1D’s biggest hit in the U.S. after their debut “What Makes You Beautiful” in 2011. “Story,” with its folk-rock feel, marked a new, mature 1D direction – showing them and Scott as evolving artists – as well as showcasing Scott’s focus on writing great songs. (Eight No. 1 albums in the U.K. and four No. 1 albums in the U.S. with his touch suggest his plan is working.) With a knack for creating global smashes – like “Cold Water,” the Major Lazer track with Justin Beiber and MØ that Scott co-wrote – Scott is focusing now on his publishing company, Catherine Songs, and his record company, Catherine Records, on which he released his solo album My Hurricane in 2015. Of course, he’s also focusing on creating more great songs – which is why the likes of Adele and Jessie Ware are keen to work with him. BMI caught up with Scott in between one of his busy days.

You’d done three albums with 1D before “Story of My Life” and have said the guys enjoyed that one the most. What is it about that song that took off? Do you feel pressure to recreate something that massive again?

I think when we wrote that track and on that record it was quite apparent to Julian Bunetta and John Ryan, who I worked with a lot making music with the boys, we wanted to do something different. On that third record we wanted to change it up and cross over. And I suppose the depth of lyrics and genre of that song opened up the One Direction fan base to a wider audience. I think that’s why that song was special. People still come to me wanting a version of that for an act and what they mean is wanting a song that’s a crossover that can sit on hot radio, contemporary radio, pop radio. People are looking for ways to reach a wider audience. So we have had the pressure of doing that again.

You started out pursuing a publishing deal with the goal of writing for other artists and now one of your many projects includes your own solo album My Hurricane. Did you ever think it would happen? And how does being a performing artist influence what you write and how you write it for other people?

Yeah, I always loved singing and it was a big part of what I did when I was younger. I think for me I just loved writing songs, and so many styles of music. It was going to be apparent I wasn’t going to just be an artist. You can’t, as an artist, release records in a million genres, you have to put music in a bracket. I never really had a crossover of my own stuff – I’ve kind of always been making records quite specific for the genre of singer-songwriter. With them, you’re not pitching songs, you’re writing with them. It’s very easy to separate stuff. It’s not mine – it’s a joint thing. It’s theirs as much as mine.

You didn’t listen to current pop music growing up and instead had your ears tuned to legends Donny Hathaway, Carole King and Neil Young. What is it about that music that influenced you and how does it carry over into what you create now?

It’s many things about [those artists] that have influenced what I write. But honestly Carol King Tapestry; Donny Hathaway Live…these records are honest. They’re not trying to be something it’s not. That’s one thing I take into things I do. I want to write great music, not good music. There’s no place for good in the industry. Great is truth, honesty and authenticity. With those artists, that’s 100% where their music came from.

You’re considered a go-to guy when labels want to help an up-and-coming artist break their career. What is it about a new artist that excites you? Is the strategy for the song or the process of creating it different?

I suppose [it’s that] I’ve never heard [the artist’s style] before. Don’t get me wrong I like working with the likes of Major Lazer and Adele and Justin Bieber - suddenly you hear your song everywhere in the world. With new artists you invest more. There’s more risk. A lot of times their music doesn’t get heard; I love the challenges. You can get involved in someone’s career right from the beginning and try to give them an experience they’ve not had but you’ve had through the years. Being involved from the start is an exciting thing. I quite like the challenges.

Quite a few of your most massive songs, including “This Town” for Niall Horan rely on stripped down, beautiful and seemingly simple arrangements. Can you talk about what about that style excites you, and why you think it’s worked so well?

I grew up listening to James Taylor, Paul Simon, Neil Young. That’s what I heard when I was younger; that’s how I write. You can tell if a song is great when it’s right like that – it’s great played on guitar or piano. That’s where I come from. “This Town,” “Story of My Life” – they could work on piano, or guitar, not needing a ton of production to make it sound great. I love that.

You’ve spent your entire career in the digital and social era. How has the ability to connect with other artists around the world so easily influenced your work, your writing process and your business?

I would say that I suppose the one thing I’m aware of now for a lot of writers and artists is, it doesn’t mean much unless you’re sitting down and creating a body of work. Most pop music singers I work with, you’re looking for those four or five out of the ten or 20 songs of the year that are played on every format. With the digital era, social media – one thing has been really important: you need to be writing music that’s great and rising to the top. If you want to smash it, you need to be writing songs that are globally played and to do that you’ve got to write great music. You can’t write good music – good music is not enough. It pushes you to do even more.

You’ve been vocal about aiming to shoot high on the charts when you write a song. Can you talk about your strategy going into a session? How do you plot it out – or is it more organic?

There’s always things you try to achieve strategically – the main thing is the most organic thing. No matter how I work with an artist, I get to know them. We sit down, have a coffee, get to a place where you trust them. Be their friend. The honesty, the integrity of the relationship in the session is what makes a session great. I’ve never written a great song where you’re worried about saying something. You have to trust the vibe in the room. You really have to trust them. You’ve got to open the door to where you’re free to say what you want.

You’ve performed under a few different names, or within other projects such as Jamie & The Town, or as Graffiti6. Can you talk about how you as a writer/artist use distinctly different names/personas? Does each one allow you to do something another doesn’t?

That is definitely a characteristic trait of mine. I just get bored. Literally when I was younger, I grew up in a lot of bands. I just loved the idea of having a touring band, Jamie Scott & The Town, and another collaboration with another guy recently under my own name. I just get bored; it’s something different to do.

Finishing records before Christmas, having time off with family. I’m excited for Rag’n’Bone Man next year, and a couple other projects – Jessie Ware next year. A load of music coming; it’s going to be good time.

You’re developing up-and-coming writers and artists as part of your label and publishing company. What’s that process like for you? What are some of the things you think it’s important to pass on to them?

I love it for several reasons. The main two things I wanted to do for the label, I wanted to sign people. I just want to make great music. That was more my thinking, and giving artists freedom to do that and not worry too much. A lot of companies don’t have the financial ability to do that. I suppose with writers, I wanted to share the experience I have in writing a great song. For the same reason that I get asked to produce songs on albums like Rag’n’Bone Man and for Jessie Ware, people want my experience – what we need to be doing, this is why a song might work, what’s proven to work. The guys I’m working with now (including River Matthews) are doing good stuff. It gives me something different to focus on other than just writing. It’s exciting.

Can you talk about your relationship with BMI? How has that impacted your work?

I actually came to BMI through Brooke Morrow. She approached me. I was just starting out. She loved the band I was in (Graffitti6) but didn’t realize I was the same person. I absolutely loved her. It seems like a weird thing to say, but a lot of things go on outside making songs; it’s relationships. As a songwriter it’s nice to know people that care. If you got a great song, that’s the starting point. That’s how I’ve always been. BMI has just been energetically supportive, needing and wanting great songs and music. I love that.