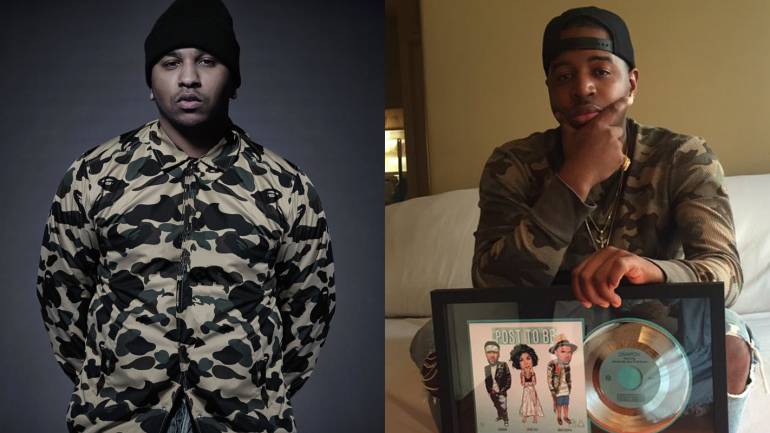 Barry “Mijo” Bradford is a busy man. Beyond being one of the key creative figures behind Chris Brown’s production company CBE (Chris Brown Entertainment – or, alternately, Culture Beyond Your Experience – for whom Bradford writes songs and handles A&R), the ambitious millennial is a creative director for Brown’s retail fashion line, Black Pyramid, and one third of the genre-straddling trio U.G.L.Y. (Under Greatness Lies You, whose debut EP dropped in 2013). More recently, Bradford played an instrumental role, along with seasoned music executive Jennifer Rice Horton, in turning Chris Brown’s Royalty into a monster hit album, incorporating the talents of an up-and-coming songwriter named Bobby Turner, who’d collaborated with Bradford and Brown on the singer’s 2014 collaboration with Tyga, Fan of a Fan.

In the wake of the chart-topping juggernaut that is Royalty – which just went gold – we caught up with BMI affiliates Bradford and Turner to find out what makes these music makers tick, and what their next moves are.

Mijo, you’re a busy man – between working with CBE, Black Pyramid, your own band U.G.L.Y. and working with new talent – what do you consider the most important aspect of all that you do? Or is there a thread that ties all your projects together?

What’s really important to me at this time is to find and create great records as a writer and A&R for other artists. I’m always digging for what’s new and fresh in music, fashion and art, so that ties everything together for me. Also it helps to have the chance to work with my friends and the people who I believe in through all the projects I’m involved in.

What’s the status with U.G.L.Y.? Will there be more music?

MB: As of now we’re all working on other projects - Stormi is modeling, Braxton is touring with Cee Lo and Kid Cudi. But I’m sure we’re going to come back together and create, so there will be more U.G.L.Y for people’s ears. If you haven’t already, go check out our EP DMT.

What was your primary focus on Chris Brown’s Royalty album? What do you attribute its success to?

MB: After working on Fan of a Fan, it was time to shift gears and start the new album. We started looking for fresh pop/funk records, and my partner Jennifer Horton and I found what became the single “Zero.” It was actually one of the first records he cut for the new album Royalty. That record helped to set up a vibe and direction for the album, and also introduce the album as a single. Overall, I just wanted to deliver great records for the album. Being there and giving my creative input is what makes me happy about being a part of this project.

Describe your working relationship with Chris Brown? What’s the collaborative process like?

MB: I’m always listening for new ideas and records, so I let Chris know when I find something that stands out. Then once we’re in a session I’ll play what I have for him and see if he likes it or wants to change something, or if he just doesn’t like it at all. He’s very hands on with every record and has a great ear for what will be a hit.

Where did you discover Bobby Turner?

MB: Bobby and I were actually childhood friends and were in a band together when we were about 17 years old, so I’ve been working with him for a long time. He was writing a lot of hooks for E-40 and had a record called Episode that they thought would be great for Chris Brown. I brought it in and introduced him to Chris, and he started coming to the studio and working with the CBE camp ever since then.

Bobby, what’s it like writing for such a prominent name as Chris Brown? How does it affect your songwriting?

Well it’s a bit challenging because he is so talented and writes a lot of his music himself. You have to sit back, watch and listen to him, then catch his wave when he’s in his vibe. We both are fast workers, so when it comes down to writing the music we don’t like to take hours on a song. Working with him definitely improves my ear for quickness and diversity.

What are the stories behind “She Goin’ Up” and “Wrist”?

BT: “She Goin’ Up” is one of the songs I wrote on the Fan of a Fan album with Tyga. We were in the studio early and wanted to make a song to finish just in time before we hit the club that night. We went through a few beats, and “She Goin’ Up” was the perfect beat that fit the club mood. We wrote the song together on the spot and went out after.

“Wrist,” off the Royalty album, was a very fun song that I collaborated on with other writers A1 and Lyrica Anderson. The song puts you in a state of mind – you worked hard all year, and now it’s time to shine. Your wrist is still dripping and 44’s still tippin! You basically got the light and it’s your time.

What would you say is the main objective of your music?

BT: I like to write about however and whatever I feel. My objective is to create a wave for a crowd of people that will grow up still listening to my music and have the same feeling 50 years from now, so that means their kids’ kids will grow up liking our style of music.

What’s next for Bradford and Turner?

MB: I’m working on getting more dope writers and producers to be a part of the new publishing company I set up with Jennifer Horton, so our team can keep delivering hit records. And Chris is always working, so that part never stops. I’m also going to get back to working on my own records and continue to work on my clothing lines - Black Pyramid with Chris, and my other line called Twelve Jewels.

BT: I’m staying in the studio collaborating with more producers and writers especially within our CBE and OHB camp. We are building a powerhouse team of dope writers and producers to the point that anything we put out will automatically do numbers, and there’s no denying the sound.

What’s the best piece of advice you can give to BMI writers?

MB: ‘It’s ok to be hungry, but never thirsty.’ Also keep meeting new people in the industry and never be afraid of showing off your music to anybody.