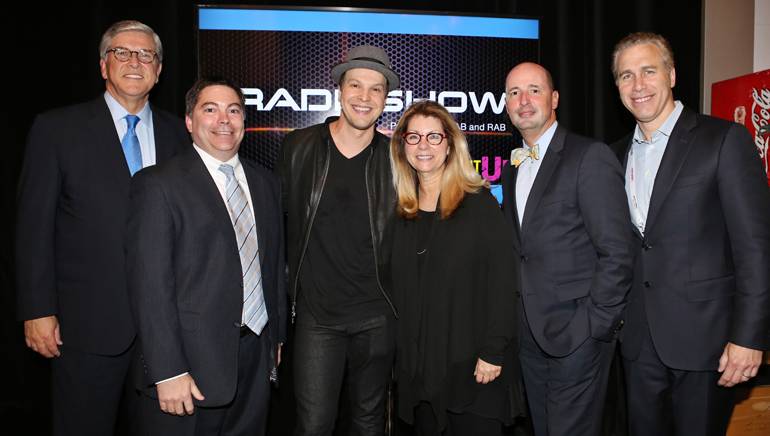 BMI songwriter and RCA recording artist Gavin DeGraw was the featured entertainment at this year’s Marconi Awards Dinner, which is held annually in conjunction with the Radio Show, a joint production of the National Association of Broadcasters and the Radio Advertising Bureau. DeGraw captivated the crowd of radio’s top execs, who were there to honor the best in radio this past year, by cranking out hit after hit, including his platinum selling singles “I Don’t Want to Be” and “Not Over You.” In addition to this performance, for the first time, this year’s Radio Show included an Artist Spotlight Series that featured BMI songwriters performing at various times and venues throughout the conference, which was held in Atlanta (9/29-10/2). The line-up consisted of singer-songwriters Paul McDonald, Bonnie Bishop and Michael Tolcher, as well as GRAMMY-nominated artist Shawn Mullins, a native of Atlanta.