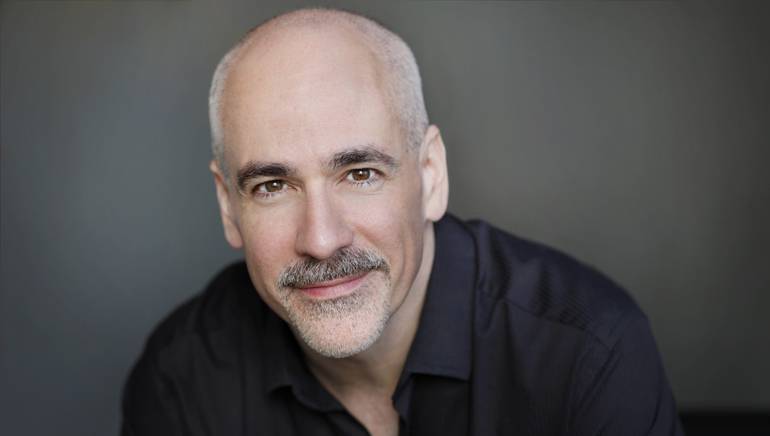 These seven stories, selected by Boyer and dramatically interpreted by guest stars including Camryn Manheim, Barry Bostwick and Michael Nouri, served as both the foundation and inspiration for his moving score, performed by Pacific Symphony under the direction of Carl St.Clair. The performance is further enhanced by powerful images of hundreds of historical photos, providing viewers yet another way to connect with the many emotions surrounding the immigrant experience. This Great Performances premiere provides a national stage for Boyer’s GRAMMY-nominated score, serving as both a reminder and a celebration of America’s shared heritage as a nation of immigrants just days before our nation celebrates its 242nd Independence Day.

Boyer was drawn to this project more than 15 years ago, and it has become one of the most frequently performed American orchestral works since. Boyer’s compositions have been played by more than 150 orchestras — including the London Symphony Orchestra, the Philharmonia Orchestra, and the London Philharmonic Orchestra — with nearly 500 public performances and thousands of radio broadcasts around the world. Boyer’s body of work also includes contributions to more than 30 feature film scores, and his music has also appeared in television shows and documentary films. We asked Boyer to share how the immigrants’ words shaped the music, how Ellis Island is a historical piece rather than a political piece, and why the Great Performances television broadcast of Ellis Island is so special.

You composed Ellis Island: The Dream of America several years ago. What was your inspiration at the time that you wrote it, and has that in any way changed now that the topic of immigration is in the news and on our minds more than ever?

Ellis Island was commissioned by The Bushnell Center for the Performing Arts for its 2001-02 season, and I conducted its premiere with the Hartford Symphony Orchestra and a cast of New York actors at The Bushnell in 2002. That commission was an opportunity for me to devote a year of my life to creating this work which celebrates the historic American immigrant experience. Like so many Americans, I grew up with an awareness of the immense importance of immigrants in building this country, the role that Ellis Island played as the “gateway to America” for so many, and the profound symbolism of the Statue of Liberty. The famous words of Emma Lazarus which can be found on the Statue’s pedestal — including “Give me your tired, your poor, your huddled masses yearning to breathe free” — had resonated with me since childhood, and this project gave me an opportunity to explore this aspect of American history, through spoken words, images, and orchestral music.

The remarkable stories I found in the Ellis Island Oral History Project were deeply moving and compelling, and became the work’s foundation, and the inspiration for its music. I chose the stories of seven different immigrants who came to America through Ellis Island between the years of 1910 and 1940. When I composed the work more than 15 years ago, I could not have predicted the extent to which immigration would be the subject of daily headlines, conversations, and controversy, when its national television broadcast was finally to occur in 2018. Ellis Island is an historical piece, but obviously, the themes and ideals which it addresses remain relevant to us today — more so than I could have imagined when I composed it.

Could you describe some of the themes you wrote to bring to life the immigrants you chose to include? How does the thematic material help us place or recognize them?

In Ellis Island, I composed some themes which recur throughout the work, and develop in ways that reflect the stories which the actors are telling. In the work’s main theme, I attempted to capture a sense of nobility and an “American quality,” and this theme appears in numerous guises. Another more energetic theme attempts to convey a sense of traveling and forward motion. There is a more hymn-like theme associated with the Statue of Liberty. While these themes recur throughout the piece, there are also themes associated with particular immigrants, such as a Tin Pan Alley-esque theme for the story of a jaunty Irishman who arrived in the 1920s, and a mournful, Eastern European-flavored solo violin theme for the story of a Jewish woman whose family perished at Auschwitz. The need to create these varied musical characterizations was one of the big challenges in composing the piece.

Tell us about the process of having this work played by the Pacific Symphony and ultimately filmed for PBS. What it was like to see and hear your music come alive during the performances?

I’ve been very fortunate in that Ellis Island: The Dream of America has had a remarkable performance history, even before this Pacific Symphony production. There have been nearly 200 performances by more than 80 orchestras large and small since 2002. I’ve attended quite a few of these — and conducted some — so I’ve had the pleasure of experiencing the work coming to life many times. However, with these performances by Pacific Symphony for Great Performances on PBS, there was a level of production value which exceeded anything in the work’s long performance history. Having a full TV production crew with 10 cameras, the highly-acclaimed director Matthew Diamond and producer John Walker, a cast of seven highly gifted actors, and the marvelous Pacific Symphony at full strength with 90 players under the baton of Carl St. Clair, all in the stunning [Renée and Henry] Segerstrom Concert Hall, was quite an extraordinary experience. And beyond that, Ellis Island was the centerpiece of Pacific Symphony’s 17th annual American Composers Festival, which featured my music alongside that of eminent BMI composers John Adams and Frank Ticheli. It was thrilling, to say the least!

Did these performances with the Pacific Symphony bring out any nuances or details missing from prior performances of the work?

With the passionate and gifted conductor Carl St. Clair on the podium, there was much attention paid to orchestral balances and nuances, and to the relationships between the spoken words and the orchestral music. Having these performances captured for television, with the ability to see actors’ faces and orchestral musicians in close-ups at appropriate moments, brings a level of detail to the television audience experience that exceeds what can be seen from any single seat in a concert hall. I was especially pleased that Shawn Murphy, the brilliant audio engineer who records and mixes for John Williams and James Newton Howard, among others, was the audio engineer for this program. A composer couldn’t ask for a higher standard of audio expertise.

Another aspect of these performances which was very special was the visual one. Pacific Symphony commissioned a terrific team to create all-new, full-length visuals to accompany these performances of Ellis Island, which drew on hundreds of historical photos, as well as abstract backgrounds tailored to the individual immigrant stories. I’d always hoped for this kind of elaborate, artistic visual element to the work, but never had the resources to create this myself. These visuals helped bring the performances to an even higher level, and they were captured for the Great Performances broadcast.

What are you most looking forward to about the broadcast?

I’ve watched and enjoyed so many PBS Great Performances broadcasts over the years, going back to when I was a college student, and I have the highest admiration for this preeminent performing arts series. So to realize that my own work is now the subject of a complete Great Performances show is almost surreal. I think that watching the broadcast will really bring that home on a personal level. It’s also very exciting to contemplate the audience size of this national telecast. If one adds up all of the many live performances that Ellis Island has had over the years, it’s at least 250,000 people who have seen and heard it performed live. But in just one night, a far greater number of people all around the United States will see and hear the work on PBS — that’s extraordinary, and I feel quite grateful for that. It will be interesting to see what kinds of opportunities may follow.

What do you hope the takeaway will be for the TV audience?

I hope that the TV audiences will have both enjoyable and emotional experiences, through hearing these remarkable, true American immigrant stories combined with the power of a symphony orchestra. I’m often asked if I was seeking to make a political statement through creating this work. The answer is no — I have always thought of Ellis Island as an historical piece, not a political piece. It tells real stories of real people through their own words, and the emotional power of music. I think of the work as a celebration of historical American immigration, and I find it difficult to hear these stories without being moved, even after all this time. If audiences can find in these stories something which has relevance to contemporary discussions, and if therefore art can contribute to a meaningful dialogue, then I do think that’s a positive thing. But first and foremost, this is a work of the performing arts, to be enjoyed and felt.

My relationship with BMI has been a very important one in my career, going back to my student days. This began through being chosen as a winner of the BMI Student Composer Award twice in the mid-1990s. This early national recognition for my music was very meaningful for me, as were the encouragement, advice, and support I received from the marvelous BMI Classical staff — which continues to this day. BMI’s great Film/TV folks have also been supportive in many ways. Of course, the income which BMI has provided over the years has been crucial to my livelihood, and I’ve always appreciated the many ways in which BMI supports me and my fellow composers. I’m grateful for the relationship, and look forward to its growth in the future.

Great Performances – Ellis Island: The Dream of America with Pacific Symphony premieres on PBS stations across the United States on June 29th with subsequent telecasts throughout 2020 (check local listings for broadcast details). It will also be available to stream at pbs.org/gperf and PBS apps.