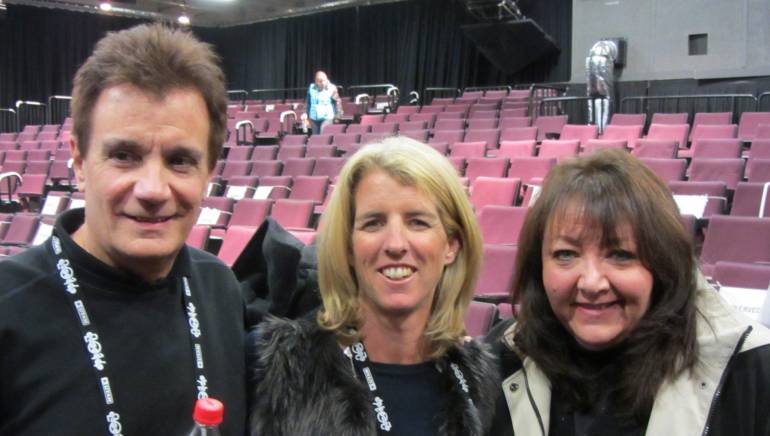 Most film composers I know will pull out all the stops trying to get jobs, so when I was approached about scoring Rory Kennedy’s film Last Days in Vietnam, I thought, do I stack the deck in my favor and tell them my wife and I adopted a baby girl from Vietnam six years ago? Of course! (I even pulled out a pic – shameless!) I don’t know if that had anything at all to do with my getting the gig, but working on this film did become intensely personal to me. The film shows many children who were abandoned by the American government, which had promised to evacuate their families after the war was over. When I looked out my studio window and watched my little girl playing on her swing set, those scenes and the faces of the children became powerfully real for me. It was obviously tough emotionally to score some of these scenes, but I think being able to connect as a father to a Vietnamese child helped me in honoring those children and families in the score.

on scoring the film:

For the score for Last Days in Vietnam, director Rory Kennedy said she didn’t want the music to be overtly Asian sounding, but instead just to have subtle flavors of that here and there. I went to a small shop here in LA called Sound of Asia, and walked out with all sorts of instruments – from Vietnam a Dan Tranh and a Dan Bau, and from China a Guzheng and a Ruan. Can I play these things? Well, not exactly, but they became an endless resource of sounds, whether tapped with marimba mallets, bowed, ebowed, whatever. They ended up providing just that subtle flavor in a score that mixed a lot of sound-manipulation elements with a live string section.

about being at Sundance:

I feel lucky to be back at Sundance for a third time in this beautiful spot. The experience of meeting the people in the film I scored that premiered here, Last Days in Vietnam, was amazing – to get to know them on film and then to actually talk to them about their own experiences was something I wouldn’t have wanted to miss. Composing is a mostly isolated job, so it’s also great to talk to the people responsible for making the film and everyone else I don’t usually get a chance to see (like Doreen!). Looking forward to the rest of the week, with more chances to actually interact on a face-to-face level before I disappear back into my studio.