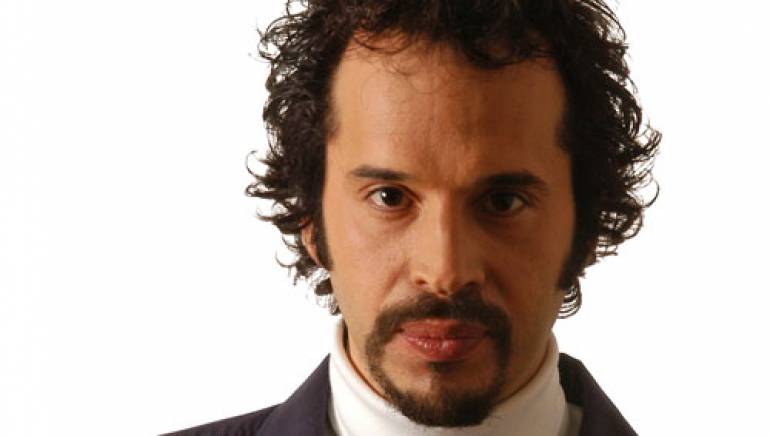 Born in Havana, Cuba, and raised in New York City, this travelling troubadour represents a new generation of bilingual singer/songwriters. He has left his artistic imprint throughout the Latin music world and his musical journey has taken him to various corners of the globe. His powerful artistic presence has reached all over the U.S., Mexico, Canada, Europe and the Caribbean.

His fourth and latest production, Individual, arrives with a burst of sonic fresh air. Inspired by his recent travels to Eastern and Western Europe, Fulano experiments with an assortment of acoustic and electronic elements not used on previous projects. On this 12-song collection, Fulano demonstrates his diverse lyrical and musical sensibilities, crafting little masterpieces in both his native tongues. Individual elevates his musical status to a brand-new captivating level. Earlier works like Etc, Normal and Revolución have become classics of the Latin-pop industry, placing him among the most important musical revelations of today’s Latin scene.

In 2005, Fulano’s career reached an important milestone: His song, “Todo el Año” (“All Year” recorded by Obie Bermudez), received a Latin Grammy nomination for Song of the Year, its success coming from a five-week consecutive run at No. 1 on the Billboard charts.

To further manifest his undeniable gift as a passionate and successful songwriter, he won a 2004 BMI Latin Award for the song “Los Demás” (“The Others” recorded by Julio Iglesias Jr.), which also landed in the Top 10. Other big hits include “Caramelo” (Alejandra Guzman), “Tanto” and “Tatuaje”(J.D. Natasha), and “Por Una Mujer” (Luis Fonsi).

An uncompromising and tireless pioneer, Fulano continues to exert the very best of his abilities, thus maintaining his characteristically high musical quality. The positive musical energy that surrounds Fulano is what undoubtedly places him in the category of a true visionary individual artist.