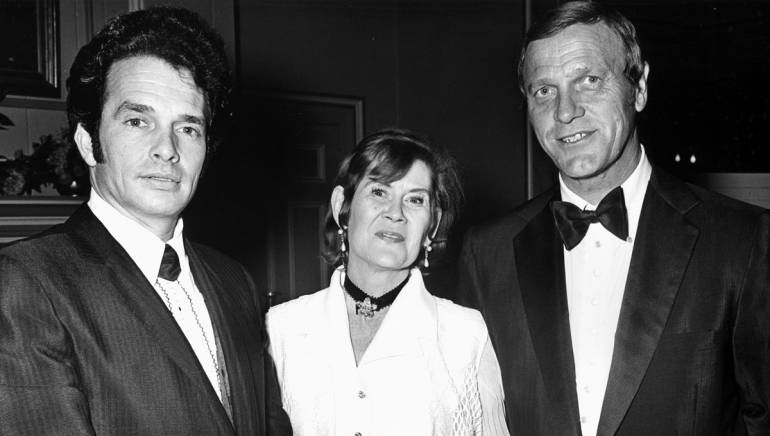 Merle Haggard, Marijohn Wilkin and Eddy Arnold huddle for a photo at the 1970 BMI Country Awards in Nashville.

“During the course of his legendary career, Haggard has racked up 40 No. 1 songs, multiple wins as the Academy of Country Music’s Top Male Vocalist, Entertainer of the Year for both the ACM and Country Music Association, Grammy awards, and the Kennedy Center Honors for a lifetime achievement for the performing arts. But when asked which of these accolades he holds closest to his heart, he replied, ‘The song awards, the (Broadcast Music Inc.) awards, are probably the most valuable. The life of a child is indicated in those awards,’ he said.”