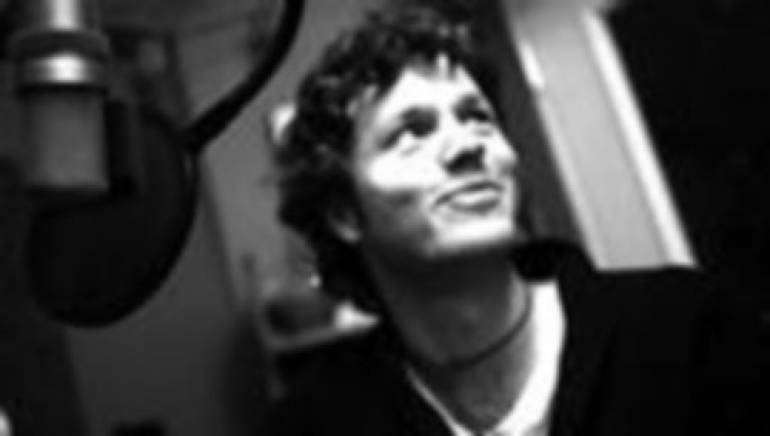 “Most of the time I’m simply attempting to describe a moment in time,” says Nashville musician Ford Turrell, “a lot like, ‘Saw her standing on her front lawn, just a twirling her baton…’” The quote from Springsteen’s “Nebraska” doesn’t elude me. Neither does Ford Turrell’s interest in T.S. Eliot, so I look forward to a candid discussion about artistic process with a singer-songwriter capable of comparing his own emotional responses to Springsteen’s Darkness on the Edge of Town with his intellectual experience of T.S. Eliot’s “Journey of the Magi.” I wonder if an artist this thoughtful isn’t up to something more profound than a well-painted picture. His instantaneous popularity suggests an enlightened existential awareness made so real the songs become tangible entities, accessible worlds for a listener to inhabit and make his/her own. His current release, Ford Turrell, lands loads of attention from online listeners all over the world and radio DJ’s across the nation.

Lisa: Tell me about the publishing deal that motivated you to move from Michigan to Nashville. How were you discovered?

Ford: A graduate school colleague had heard some of my music and put me in touch with a publisher she knew in Nashville, Jerry Smith. I was on my way to Nashville for another project anyway, so I gave him a call and we decided to meet up. I had my guitar and played him some songs in his living room. He asked me right then if I wanted to work together. Then we went out for sushi. I was living in Michigan at the time, so I made the move down here 8 months after our meeting. I was writing a lot, but It wasn’t until I met my friend Reid Scelza that things really started to take shape.

Lisa: How did you become acquainted with Reid Scelza?

Ford: He was producing out of a studio he built at his house. He heard I was a songwriter and wanted to hear some stuff. We started recording rough guitar-vocals at his studio. Through that summer we would get together just to play music for each other, and record new material I had written. We would talk about sounds we liked and songs we liked. If he was going to produce we needed to find a common musical vocabulary, and that’s what we worked on, finding a common language. We ended up getting focused on early and mid 70’s stuff, like all the Van Morrison records during that period, especially Veedon Fleece. And also Derek and the Dominos. That Fall (2006) we recorded an EP with a full band in his studio. That drew some attention from some radio and industry folks. So, we decided we should do a record. I wrote for the next four months or so and we recorded the new record in May 07.

Lisa: You say you recorded all of your recent album live. What was that recording experience like?

Ford: We went into the studio on a Friday in May to start the tracking. It was decided before that however that we wanted to find a room to record in where everyone could be in the same room, or at least have line of sight. For me, one thing that is important about a musical composition involving multiple players is the energy that those players can get from one another by being in the same room. The goal that Reid and I had going in was really to capture the spirit and energy of the songs by capturing the spirit and energy of the players. What is so great is that the band was hearing the song for the first time five minutes or so before the first take… and we usually ended up keeping one of the first two or three takes. So actually what we ended up capturing by doing the live recording of all the instruments and the vocals was a one-time performance/interpretation of the songs… as everyone was hearing it coming from everyone else. There were no parts already ironed-out, as if the band had been rehearsing for weeks, no one was stuck in a certain mode of playing the songs, everyone’s parts… and the whole presentation really… ended up being a sort of spontaneous instrumental dialogue between everyone who was in that room. I think the quality of the final product is really a testament to just how amazing all of the players on this record are. The idea to record this way came out of listening to a lot of records, like Veedon Fleece, where there’s definitely an air of spontaneity in every note. My hope is that to some degree, even a little bit, that we achieved that.

Lisa: Do you play live with the same folks you recorded the album with?

Ford: I haven’t played out with them since we finished the record. I’ve been playing just solo acoustic shows. But I’m really hoping to do something with the band in 2008. If we do it will most likely be some of the same great musicians. I can’t wait to get out there with them. The songs on this record are going to be so fun to play live with the band.

Lisa: What do you love most about playing for a live audience?

Ford: It’s so cliché but there’s definitely an energy exchange there. Records seem to be a much more delayed feedback experience, while playing live is in your face, instant feedback, a free-exchange, without expectation.

Ford: Darkness on the Edge of Town. Amazing songs, amazing presentation. I was honestly thinking about that record a lot when we were sequencing Ford Turrell. Darkness really reads front to back…book-like… the first half mostly portrays a certain hardness to life… bad decisions, bad luck, heartbreak, hopelessness, etc. And of course side one ends with a song that describes all of those things so beautifully, “Racing in The Street.” Then you get out of your chair, go over to the record player, turn the record over, and get drop-kicked into “The Promised Land.” And the back half really speaks to something different than the first half. It might be speaking about some sense of redemption, or maybe it’s just about learning to live with the hardness of life described on side one. Either way, the feeling side two generates is really more uplifting in some way than side one. Somehow I knew I wanted to try to do that with the sequencing of this record. I wanted there to be a turn half-way through so it goes from “Ghost of Goodbye” to “Listen To Your Heartbeat”, … on into the second half. It was important to me that somehow there be a sense of movement from front to back, and that people could sit down and listen to the whole record as a chronology of sorts. Not a chronology of stories, but more of a chronology of emotion. And so far that’s the kind of feedback I’ve been getting about it… people just put it in and let it play all the way through. The idea to do this really came out of Darkness on the Edge of Town.

Ford: “Journey of the Magi.” My reasons are similar to my thoughts on Darkness on the Edge of Town. Recognizing the hardness of life, and our powerlessness in a changed/changing world, trying to seek out a singular salvific moment, then realizing that maybe there’s something about this powerlessness that’s redemptive. The power of the powerless. That’s my interpretation at least. This dynamic is something I really try to illuminate in my writing and presentation. Lisa: “Ghost of Goodbye” is such a pretty song. Can you use this song as an example to explain your songwriting process? How does the arrangement of lyrics and melody happen for you? Ford: I think everyone has their own little tricks. But over the years my writing process has become really spontaneous and unplanned. I usually just start playing the guitar, or guitar and harmonica, or a few notes on the piano. Then I’ll sing spontaneously over that, usually whatever harmony and words appear in the moment. It’s generally guided by some feeling or emotion coming from somewhere, either conscious or subconscious, and if a series of words or the melody strikes me as worth keeping I’ll put it down on a little recorder. Then I can revisit it later, to remind myself of the idea when it was fresh, before my thoughts got a hold of it and started trying to manipulate and master it. Sometimes I’ll work off that lyrical idea, sometimes something new will take its place. There have been songs that I’ve edited and re-edited to a fault, this is more my tendency I think. But then there are other songs like, “Till I See You Once Again,” that just happen. That song came about because I knew the next day we were going to be working with Glenn Worf (bass) and William Ellis (drums). I really wanted to write a song that had a great moving bass-line and just a hi-hat or something on drums. So, I started playing that guitar part in 3/6… again, very similar to the musical vocabulary we had developed of early Van, et al. The words just came out in like 15 minutes. I took the song with me into the studio the next day and we decided to record it. At the end of the first take I started ad-libbing some parts of the end bit, and by the third take I had the whole outro ad-libbed. We kept that third take for the record. I like it when songs come like that, but again my tendency is to start spontaneously then grind over them.

Lisa: What are your current goals and aspirations as an artist?