Posted in MusicWorld on August 6, 2007 by Deborah Evans Price 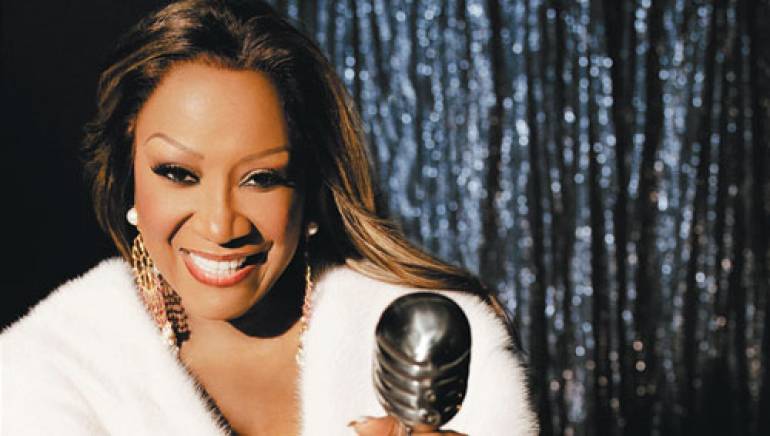 Over the course of a career that spans nearly five decades, the name Patti LaBelle has become synonymous with passion and artistic integrity. Never content to rest on her laurels, LaBelle continues to challenge herself creatively.

Last year, she fulfilled a longtime dream with the release of her first faith-based album, The Gospel According to Patti Labelle, and she’s currently working on a reunion album with LaBelle, the funk trio that helped define the ’70s with such hits as “Lady Marmalade.”

“It’s the same girls. I wouldn’t do it unless they were involved,” LaBelle says of Nona Hendryx and Sarah Dash. “It’s been a long time since we recorded, but they asked me and I said I’d postpone a lot of my other things to get together and do it right. It feels wonderful because we’re still the same friends, just older.”

Having achieved success in multiple genres from pop to disco to r&b, LaBelle, who is currently negotiating a new deal with Island/Def Jam, has reached that enviable stage in her career where she has the freedom to record whatever she wants. She exercised that freedom on The Gospel According to Patti Labelle.

LaBelle says the album was a labor of love and she was thrilled with its reception. “I was shocked! It was No. 1 for nine weeks,” says LaBelle of the project, which included guest appearances by CeCe Winans, Wynonna Judd, Mary Mary, Kanye West, The Soul Seekers, Tye Tribbett, and Yolanda Adams. “It was all because of God and my fans. For years I’d been promising my fans a gospel CD.”

The reason for the timing of the album is that her longtime friend and musical director Bud Ellison was battling cancer and she’d always wanted him to be involved in her gospel project. Ellison died before the album was complete and LaBelle dedicated the album to her friend and donated all proceeds to cancer research.

LaBelle says she didn’t approach the recording of The Gospel According to Patti Labelle any differently than one of her secular projects. “To me a song is a song,” she says. “It can be a secular song or a gospel song, but it has to be lyrically great and has to have a melody that I love. And it has to be age appropriate. I’m 62-years-young and I don’t want to sound like I’m a 20-year-old. It has to be real and make sense to me before I sing it.”

A Philadelphia native, the two-time Grammy winner was born Patricia Louise Holt. She’s recorded 30 albums: six as Patti LaBelle & the Bluebells, five with LaBelle and 19 as Patti LaBelle. She’s scored numerous hits, gracing both the pop and r&b charts, among them the sassy “New Attitude” and “On My Own,” a duet with Michael McDonald.

LaBelle was concerned that with the release of her gospel project, people might think she’d permanently changed musical direction, and she might get pigeonholed in one genre. “I felt people might be judging me and I was a little nervous. I had a feeling people might say ‘She’s changing from secular to gospel’,” says LaBelle. “That was never the issue. I’d never give up my secular music for gospel and I’d never give up my gospel music for secular. I do all kinds of music.”

In addition to her music, LaBelle hosts Living It Up with Patti LaBelle on TV One. She has also authored four best-selling books, including two cookbooks for diabetics. Diagnosed in 1995 with the disease, LaBelle is a spokeswoman for the American Diabetes Association. An astute businesswoman, she also has her own fashion line, Patti LaBelle Clothing, available on the Home Shopping Network.

LaBelle is modest about her achievements, particularly when it comes to songwriting. “I can come up with titles and I can help with the bridge,” says LaBelle. She cites the Bonnie Raitt hit “I Can’t Make You Love Me,” penned by Mike Reid and Allen Shamblin as one of her favorite songs. “I recorded that on my ‘Classic Moments’ album. That’s one of the greatest lyrics I’ve ever heard. It’s phenomenal and for me to sit down and write a phenomenal song, it’s really not in me, but I’m great with a hook and I can give you a great title.”

When asked to name her greatest accomplishment, LaBelle doesn’t mention the Grammys, platinum records or industry accolades, her thoughts turn to family. “It’s my son,” she says. “He’s 32 and is phenomenal. He has nothing to do with the [music] industry. When I got pregnant, I was told I should get an abortion. The people I was working with said it would stop my career. I said ‘Well, it can stop it, but I’m having my baby!’ He was the blessing I needed in my life. He’s the best thing that ever happened to me!”