Posted in MusicWorld on November 16, 2011 by Nicole Keiper 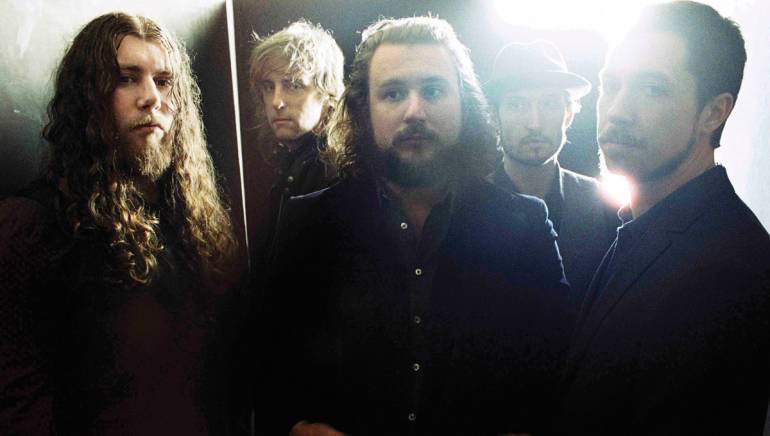 Should I lift the dirt and plant the seed, even though I’ll never grow?/Should I wet the ground with the sweat from my brow and believe in my good work?” Jim James sings as he rolls into the chorus of “Victory Dance,” the opening track from My Morning Jacket’s latest, May 2011’s Circuital. It’s a broad idea — a gripping one — and one that every songwriter has likely considered.

There’s always the possibility that, good as the work might be, seeds won’t grow, rewards won’t come. And it’s unlikely enough that My Morning Jacket’s efforts have taken them as far as they have. Younger incarnations of the Louisville band’s blend of soupy psychedelia and gritty Southern rock were compelling, but didn’t necessarily point to a band that would one day sell out Madison Square Garden, as they did in 2008. Their path to that success was directed by a growth in their songwriting.

Circuital’s breadth is significant. It floats on the graceful finger-picked country-folk of “Wonderful (The Way I Feel),” bounces with an almost power-poppy throb in “Outta My System” and glues the slink of a James Bond theme to the floodlight-pop of big band horn blasts in standout track “Holdin’ on to Black Metal.” But there’s where that good work comes in: Even as the album winds, it centers back on smart, sticky hooks and the band’s unmistakable identity.

In that sense, Circuital feels like a living picture of a writer who’s honed and sharpened without jettisoning personality or the desire to experiment and explore. It beams My Morning Jacket’s long-held tendencies: spacey dissonance, melodic twists, James’ wild keen. It just captures those tendencies in the best possible light.

When you take Circuital as a representation of a songwriter and musicians who took some interesting potential and, over years of miles and sweat, shaped it into something both artistically whole and commercially lucrative, it puts James’ “Victory Dance” refrain into a brighter perspective.

There’s value in continuing to plant those seeds. The good work just has to follow.