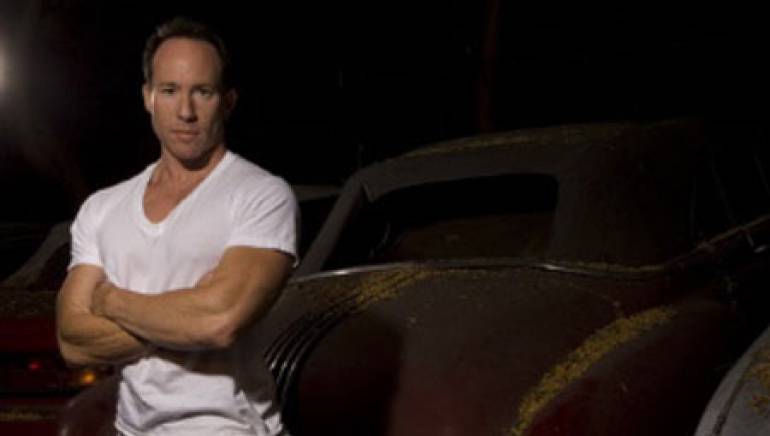 Jeff Blue has dedicated his entire life to artist development. A deliberate businessman with innate creative sensibility, he is a bridge between the artistic and the commercial, the creative and the career. “Artist integrity is important—so important,” he muses, speaking from his studio in Los Angeles.

His artist-is-king mantra has yielded platinum-selling results that have shaped popular culture over the past decade. In addition to discovering Linkin Park, Blue has helped guide the careers of contemporary trendsetters including Macy Gray, Korn, Limp Bizkit, Daniel Powter, and others as an A&R executive for major publishers and labels including Zomba Music/Jive Records, Warner Bros. Records, Interscope, J Records/RCA, Virgin and Jive/Song BMG. Those collaborations have resulted in more than 90 million record sales worldwide.

He doesn’t talk about it much, but he’s an experienced music journalist with a law degree, and a veteran manager who also logged miles as a rock drummer. And while much of his formal education may be traditional, for Blue, it’s the musical collaborations he constantly seeks that feed his seemingly unquenchable need to grow musically and intellectually. “I learn from every project I have,” he explains.

He listens and he learns. A writer and producer himself, Blue excels in uncovering what an artist wants to say and how they need to say it. “Writing, producing, A&R, publishing and being a musician are synergistic,” he reflects. “I know from different angles how [the song] is going to touch somebody.” In addition to writing Hoobastank’s “So Close, So Far,” Blue produced Better Than Ezra’s soulful Before the Robots; co-wrote, produced, A&R’d and played drums on The Last Goodnight’s debut album Poison Kiss; and executive produced the platinum-selling soundtrack for Queen of the Damned.

He speaks of “writing cinematically” and encouraging artists to think big. “I try to write from a publisher’s point of view,” he says, “thinking about how to break artists, through film and TV.” Thinking big was exactly what earned Blue his first BMI Pop Award for co-writing megahit “Pictures of You,” recorded by The Last Goodnight. The song turned heads as a promotional tool for critically acclaimed drama Brothers & Sisters and as the soundtrack of the trailer for film Ghost of Girlfriends Past, but in addition to its stateside success, “Pictures of You” climbed into the upper echelons of charts all over the world, including Australia, Sweden, Austria, Italy and Germany, ultimately becoming a platinum-seller in several countries.

Today, he is running his own company, the aptly titled Blue Ladder, within which he continues to develop artists, serve as an A&R consultant, produce, write and pursue a range of new opportunities. And while he diversifies, a simple mantra remains the same: “I’ve learned and developed alongside all of the artists I’ve worked with,” says Blue. “For me, it’s all about the artist.”