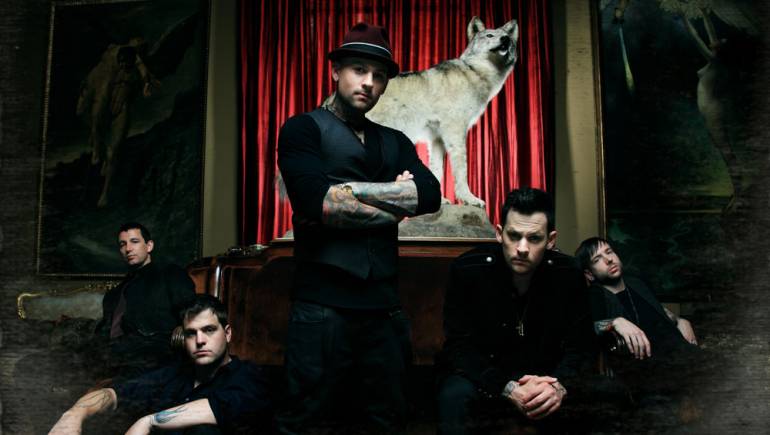 Good Charlotte’s Joel Madden and Benji Madden have always had grand ambitions. Back in the mid ’90s, when most upstart bands were drawing inspiration from the indie scene, the twin brothers were already aiming toward classic-rock-scale success.

“Our dream was to play big shows, and to have our pictures on the walls in Hard Rock Cafes,” says Joel, who handles lead vocals for the group. “We used to love looking at the photographs in those places, photos of bands America loves. We weren’t exposed to lots of different types of music where we grew up. We grew up listening to mainstream rock radio.”

Formed in 1996, when the Madden twins were just 16 years old, Good Charlotte immediately set out to fuse youthful pop energy to the mainstream rock they loved. Based in Waldorf, Maryland, the Maddens, along with a couple of high school chums, quickly made a name for themselves playing clubs in nearby Washington, D.C. Epic Records took notice, and the group was awarded a lucrative multi-album deal.

Released in 2000, Good Charlotte’s self-titled debut album made minor waves, but it was their 2002 disc, The Young and the Hopeless, that catapulted the group to stardom. Powered by the singles “Lifestyles of the Rich & Famous” and “The Anthem,” the album rocketed to multi-platinum sales. All of 22 at the time, the Maddens were nonetheless prepared, for the most part, for the onslaught of attention.

“Had success come with our first album, most likely we would have spiraled out of control,” says Joel. “And even with the second album, we weren’t completely ready. We’ve made some mistakes along the way, but we’ve learned a lot as well. The last ten years have been a roller-coaster ride.”

Good Charlotte has since pushed the envelope. 2004’s The Chronicles of Life and Death saw the group introduce string arrangements and ambient textures into their sound. 2007’s Good Morning Revival dabbled in dance-punk and electronica. Still, the band — which by then had settled into the current lineup of the Maddens (with Benji on guitar), Dean Butterworth (drums), Paul Thomas (bass) and Billy Martin (guitar) — never completely forsook the adrenalin-stoked pop style on which they made their name.

All of which makes Good Charlotte’s latest album, Cardiology, the perfect disc to release at this point in their career. Newly signed to Capitol Records, the group opted for a back-to-basics approach, mixing the youthful spirit of their early days with the most song-friendly aspects of their recent work.

“It was all about the songwriting this time around,” Joel explains, “and less about trying to experiment with sounds. We wanted every song to be strong, and each one to be able to stand by itself. Every song has its own vibe and its own little spot on the album. I love them all for different reasons.”

Punk-pop moments include “Let the Music Play,” an explosive rocker fitted with searing walls of guitar, and “Counting the Days,” a hyper-charged scorcher that’s equal parts Avril Lavigne and Green Day. More interesting, however, are those instances in which Good Charlotte ratchets down the tempo. The autobiographical “1979” inches close to the mainstream rock classic the group has been striving toward. In addition, Joel’s recent marriage to Nicole Richie, coupled with raising their two toddlers, inspired the beautiful ballad “Harlow’s Song (Can’t Dream Without You).”

“That song came to me late one night in the studio,” he says. “It actually wasn’t intended for the album; it was just something really simple that I wrote for my daughter. But when I played it for Benji, he said, ‘We have to record this. We have to finish it.’”

Madden goes on to say he sometimes turns to his father-in-law, Lionel Richie, for career and songwriting advice. “He and I have an awesome relationship,” he says. “We talk music all the time. He’s my go-to guy.”

Still, he feels the best work from Good Charlotte is yet to come. “Our goal is to write memorable songs,” he says. “We’re not there yet, but we’re getting closer. Each time we sit down to write, we have hopes of coming up with something that will be remembered forever. That’s our dream.”