Posted in MusicWorld on April 7, 2010 by Bruce Britt 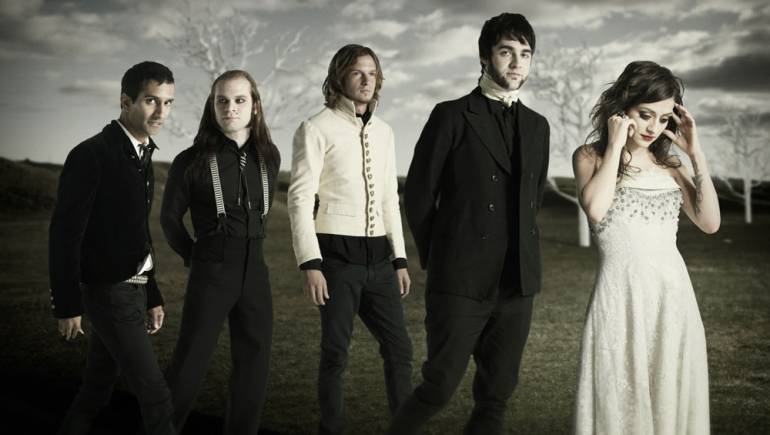 The cover of Flyleaf’s self-titled 2005 debut album features a tousle-haired young man being hoisted aloft by birds. It’s a striking and symbolic image, one that serves as a metaphor for Flyleaf’s confessed Christian beliefs, as well as the band’s heavenly ascent into the hard-rock major leagues.

In late 2009, Flyleaf returned with a new CD that ups the musical ante while retaining the band’s trademark hard-rock punch. Produced by Howard Benson (My Chemical Romance, All-American Rejects), Momento Mori marks a satisfying musical progression. Flyleaf’s signature sound is still in place, with vocalist Lacey soaring above the near-symphonic din created by guitarists Sameer Bhattacharya and Jared Hartman, bassist Pat Seals, and drummer James Culpepper. But there’s an absorbing melodiousness to tracks like “Beautiful Bride,” “Again” and “Missing” that could only be described as “songwriterly.”

Momento Mori is the latest chapter in one of rock’s most endearing success stories. The Texas natives seemingly emerged from nowhere in 2005. Fueled by the popularity of singles like “I’m So Sick” and “All Around Me,” Flyleaf’s debut CD sold over a million copies, spending 133 weeks on the Billboard 200 chart. In 2006 and 2007, Flyleaf toured the world on the Family Values Tour, followed by a European trek with Korn.

Now, with Momento Mori scaling the rock charts, Flyleaf can take pride in the knowledge that their exhausting creative work is paying off. Singer Lacey hints that recording the new CD took an emotional toll.

“This album feels like an emotional rollercoaster,” the singer said recently. “While listening to it, I was holding my breath at points. The issues definitely got heavier and a little more intense.”