BMI ‘s Doreen Ringer Ross, Vice President of Film/TV Relations, was in New York recently to participate as a workshop leader and advisory board member of the Independent Feature Project (IFP) Narrative Rough Cut Lab, a national program connecting mentors and projects before they are submitted to film festivals. 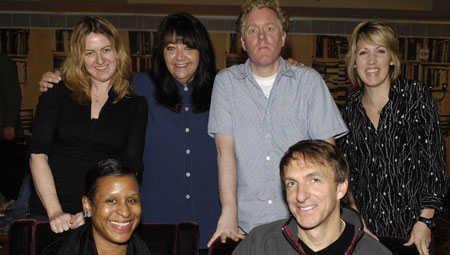 Ringer Ross and music supervisor Tracy McKnight led an educational session on music selection and rights, while BMI composer Mychael Danna (Little Miss Sunshine, Capote, Monsoon Wedding, The Sweet Hereafter, Surfs Up) met with filmmakers to critique and advise them on scoring options for various scenes from a composer’s perspective. 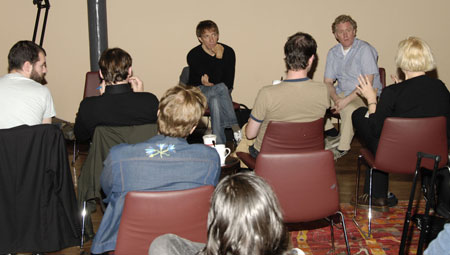 Launched in 2005, the IFP Narrative Rough Cut Lab aims to identify ten high quality independently produced features each year that can benefit from the support and expertise of experienced film professionals. Projects are selected by lab leaders and senior IFP programming staff based on the quality of the work and its ability to benefit from the lab curriculum and mentorship involvment.

The IFP Market is a week-long showcase held each autumn in New York for new features, works-in-progress, shorts and scripts. It is the only market in the U.S. where independent filmmakers can present new film and television works in development directly to the film industry in a selective and professional atmosphere. For the film industry, it is a vital exhibition and discovery forum for new talent and a place to discover new films before they hit the festival circuit.