Michael McCuistion is a co-founder of Emmy-winning composing collective Dynamic Music Partners, with Lolita Ritmanis and Kristopher Carter. McCuistion is blogging for BMI from the Úbeda Film Music Festival in Spain, an annual favorite event of composers and fans of film music.'>
Close

Posted in News on August 1, 2012 by Michael McCuistion 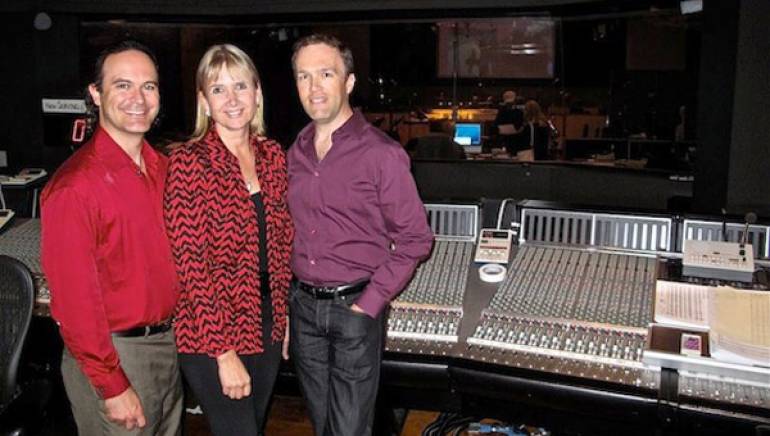 It seemed like an early morning as Lolita, Kristopher and I made our way to the orchestra/choir rehearsal for the main concert of Playfest. Of course, it only seemed early because we had been at another late-night party given by our Spanish hosts - there is no question that they know how to party in this country! As we entered the venue, I was reminded of that wonderful sound, heard less often than in past years, of all of the orchestra musicians beginning to warm up - little riffs and improvisations, an occasional familiar melody from the piece of mine they would be performing later on - boy that took me right to the scoring stage and I immediately felt the excitement of the concert starting to build.

We had an opportunity to rehearse with the choir ahead of the orchestra, and we unexpectedly found ourselves mobbed by the singers wanting our autographs on their vocal scores - they had such nice things to say about our music. After that, we had a short time with the orchestra to hear our pieces played for the first time and give some feedback to the conductor. Our pieces sounded terrific and needed only minor tweaking for the performance; it was obvious that the orchestra was enjoying playing and the sound, especially in that ancient courtyard, was just buttery smooth.

We left the rehearsal on a high and made our way to the theatre where we were guests on a panel for the festival’s tribute to Shirley Walker, our late great mentor. What an emotional hour that was. We all recounted stories of how we met Shirley, and what made the panel the most special was the presence of Shirley’s son Colin and her (and our) orchestrator Larry Rench, who had come to Spain to join us at the festival. Emotions were flowing freely (along with a few tears) as we heard each other’s stories, some for the first time, and found ourselves transported back to a time when our dreams were just beginning to come true under the watchful eye of our courageous mentor.

Almost immediately following that, it seemed, it was time for the main event. The quiet city of Úbeda suddenly became alive with hundreds of people crowding the plaza in front of the Centro Cultural Hospital de Santiago where the concert was taking place. One final sound check - and it was time! The concert began, and we were reminded once again why we are composers - yes, we love writing, it’s in our blood - but what we really love is making music together. Inside we laughed, cried, and fought the good fight right along with every note. When the concert was over, we were left with such a feeling of gratitude - really, when you hear your own music played by a symphony orchestra and sung by a master chorale, you’ve just gotta ask yourself, “Could my work be any more fun?!”