The FastTrack Board of Directors, meeting in Brussels, Belgium on Thursday, May 31, has named GEMA’s (Germany) Executive Vice-President Professor Doctor Jürgen Becker as its new Chairperson, succeeding outgoing Chair Frances W. Preston of the BMI. SOCAN’s (Canada) Chief Executive, André LeBel, was named Vice-Chair and succeeds SACEM’s (France) Chief Executive Bernard Miyet in this post. The Board has also appointed FastTrack’s President Claude Gaillard as Chairman of the FastTrack Management Board. BMI President & CEO Del R. Bryant was also named to the FastTrack Board of Directors.

“The FastTrack technology has established itself worldwide as a musical documentation network, within CISAC as well. As Chairman of the Board of Directors, I am delighted to be able to follow the innovative development of this major instrument for global rights management.” said Becker. 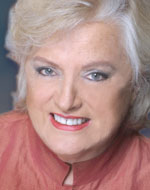 “All of us on the Board want to extend a special vote of thanks and heartfelt gratitude to Mrs. Frances Preston for her great support, beginning with the creation of FastTrack more than six years ago. She has shouldered the responsibilities of chairmanship during the four past years and helped to turn the original idea of a global copyright network into a functioning and efficient reality. Her dedication, vision, time and energy have made a huge contribution to this project.

“As we go forward, I am especially pleased that André LeBel has been appointed as FastTrack’s Vice-Chair. His enthusiasm and persistence has made SOCAN one of the most successful societies implementing FastTrack technologies and business systems.”

“In the last year, FastTrack has undergone a series of structural and governance reforms to make it more agile and responsive to its partners’ needs and those of the broader music societies’ movement. Under Jürgen’s leadership, I look forward to assisting our colleagues in continuing to harness the power of our great network and tools,” said LeBel.

FastTrack is also the technology provider for the CISAC CIS-Net and ISWC-Net networks.