Posted in MusicWorld on December 22, 2006 by Bruce Britt 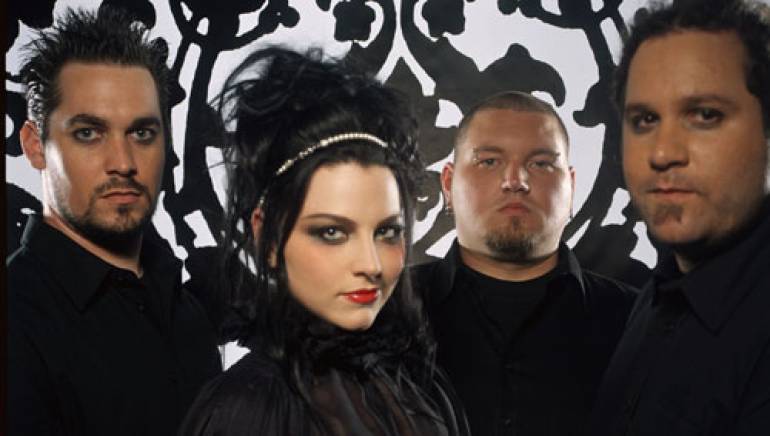 Not since Fleetwood Mac’s 1977 smash Rumours has a follow-up album come with as much attendant melodrama as Evanescence’s The Open Door. Aside from the pressures of having to follow up their 14 million-selling debut album Fallen, Evanescence was faced with the challenge of creating a new record without founding member Ben Moody. The guitarist and co-songwriter parted ways with the band in the midst of their 2004 tour, breaking up the hit-making team comprising Moody and singer Amy Lee.

When the moment of truth finally arrived and Evanescence released their sophomore disc in the fall of 2006, fans crowed their approval. In a tremendous vote of confidence for Lee and new co-writer-guitarist Terry Balsamo, The Open Door debuted atop the Billboard 200 chart. The hard-hitting CD remained ensconced in the Top 5 weeks after its release. As evidenced by the album’s impressive chart showing, fans clearly believe Evanescence has lost none of their songwriting magic or performing fire.

In fact, the quartet has been heralded as forerunners of the wildly popular goth-metal sound (“without Evanescence, could there be a My Chemical Romance or Panic! At the Disco?,” Rolling Stone pondered recently). The New York Times praised The Open Door as a mélange of “growling guitar riffs, big buildups, beseeching refrains (and) emo-goth lyrics.”

But it’s fans who most passionately identify with The Open Door, perhaps because Evanescence’s enigmatic lyrics and turbulent melodies reflect the dramas and challenges in their own lives. Like a truth-seeking patient on an analyst’s couch, Lee explores the stages of soured romance on tracks like “Sweet Sacrifice” and “Call Me When You’re Sober.” On “Weight of the World,” she contemplates the life-altering toll of fame: “Feels like the weight of the world,” Lee sings, “like all my screaming has gone unheard.”

Formed in Little Rock, Ark., Evanescence has always cast a wide musical net. The band’s haunting fusion of rock, goth and classical music stems largely from Lee’s love of contemporary rock and classical music (she studied classical piano for nine years). “When I was in high school I listened to a lot of death metal bands,” Lee explains. “Both [death metal and classical] are intricate, complex types of music that are very dramatic, and I’m naturally drawn to that.”

The band’s independently produced early recordings, including the now-collectable CD Origin, resulted in a deal with Wind-Up Records. Released in 2003, the quartet’s big-label debut Fallen yielded the Top 10 singles “Bring Me to Life” and “My Immortal.” The album spent over 100 weeks on Billboard’s Top 200 chart, was certified gold or platinum in over 35 countries and earned the band two Grammys in 2003 for Best New Artist and Best Hard Rock Performance (for “Bring Me to Life”).

Now, Lee, Balsamo, guitarist John LeCompt and drummer Rocky Gray are returning to the road. Having demonstrated commendable grace under pressure, Evanescence can now celebrate their place as goth-metal heroes. Minus the drama.