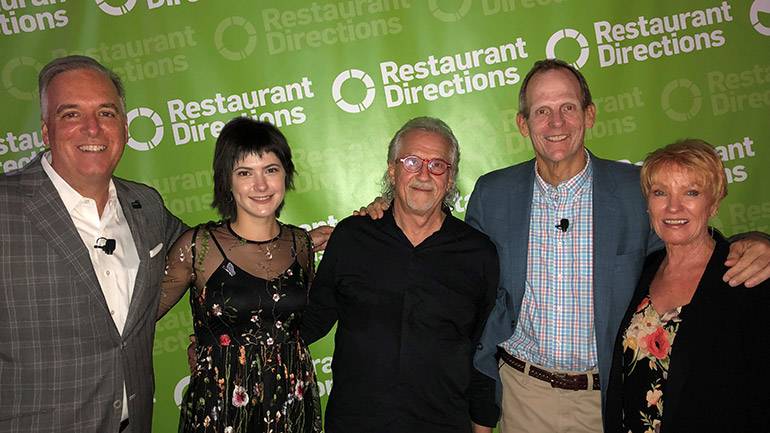 The focus was on food and music at the 2019 Restaurant Directions Conference in Los Angeles recently (7/21), when BMI brought an Emmy award-winning composer and an up and coming BMI singer-songwriter to the annual gathering of restaurant owners and executives. Iconic BMI composer Snuffy Walden and LA-based pop-jazz artist Sara Niemetz helped kick off the conference by collaborating on a set comprised of stories and songs that showcased Snuffy’s long career as a TV and film composer, and Sara’s rise through the music industry that started when she was just 4 years old performing on stage with BJ Thomas. Snuffy won an Emmy for composing the theme to the legendary television show The West Wing, in addition to scoring classic TV shows like The Wonder Years and thirtysomething. Sara has performed on Broadway, the Grand Old Opry and was even invited by Ellen DeGeneres to make an appearance on The Ellen Show, when the talk show host discovered her music online, where her videos have garnered more than 24 million YouTube views.Restaurant Directions is billed as “the event for regional and emerging restaurant chains looking to take their business to the next level.”