Posted in MusicWorld on December 23, 2009 by Malcolm Venable 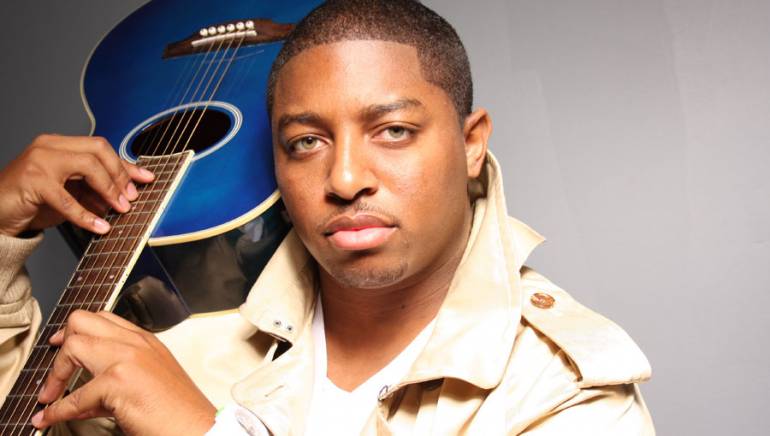 Like the American icon whose name he bears, Elvis Williams — dubbed BlacElvis — benefited from a blues and gospel-soaked upbringing in small-town Mississippi before cutting his teeth in Memphis.

Growing up in Clarksdale, Mississippi, Williams accompanied his grandfather, blues singer Big Jack Johnson, on gigs to bars in Memphis. “I was amazed,” he says. “I wasn’t scared.”

By 12, the self-taught keyboardist started playing piano in church. “It was kind of scary. Every time I would play I would be nervous.” When he messed up, people let him know — loudly. “They’d say, ‘Stop! Get off!’” he says, laughing. “It was terrible. But I got better.”

The math, science and English whiz graduated from high school a year early, and began touring with the gospel group The Christianaires. By 18, he’d moved to Memphis and outfitted his place with a small studio.

Clients came slowly. He produced two songs on The Bar-Kays Real Thing album in 2003, but soon, he packed up his Ford Excursion and moved to Atlanta. He surfed couches, and then made contacts through church, which he still attends regularly. “My first instinct was to play for church,” he says. “That’s where I started; I give it back to God.”

Polow Da Don needed a keyboard player, Williams applied, and that, Williams says, “was a wrap.” The pair co-wrote hits including Fergie’s “Glamorous” and Ciara’s “Promise.”

In 2009, Williams struck gold again with “Ego.” He originally produced it for Jamie Foxx, but through Beyonce’s chords, the song shot to #3 on the Billboard Hot R&B/Hip-Hop chart and became a top-selling ringtone.

“Ego” bears Williams’ fingerprints. “I like to do interesting things with my bridges,” he says. “Like with ‘Ego,’ you can tell it’s me by the piano solo.”

“My music is heartfelt,” he declares, “and it speaks to everybody.” Spoken like a true Elvis.