Songwriter and Electric Light Orchestra frontman Jeff Lynne was awarded Million-Air certificates for “Turn To Stone, “ which has earned over one million airplays, and “Don’t Bring Me Down,” for having over two million airplays. BMI’s Linda Livingston and Phil Graham presented Lynne the certificates at a recent visit to his studio in Los Angeles. 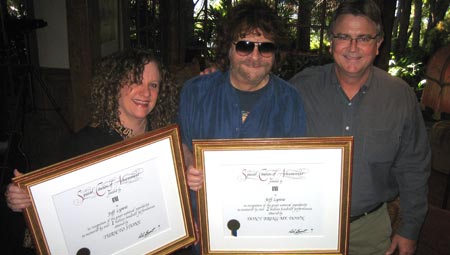