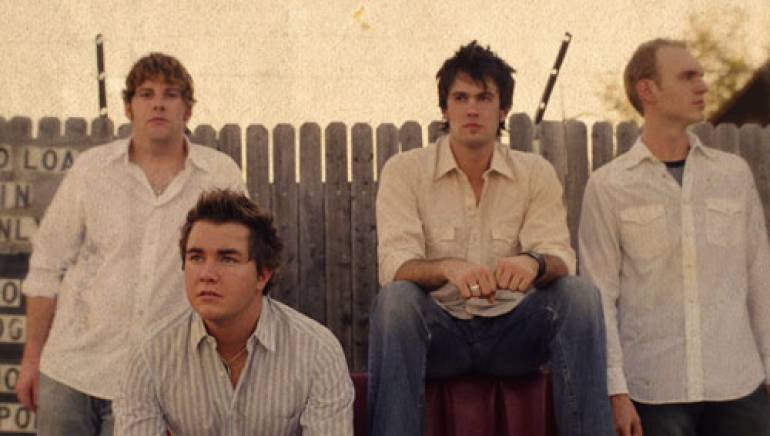 With roots firmly planted in the fertile musical soil of Texas, the Eli Young Band are a little bit country and a helluva lot of guitar-driven rock & roll. Their Carnival Recording Company debut, Level, finds them poised to bust out of the Lone Star State and bring their brand of music to a wider audience, as they make inroads into neighboring states like Oklahoma, Louisiana, Arkansas, Tennessee and Mississippi.

The band was formed almost five years ago by Mike Eli, who grew up just outside of Houston, and James Young, who hails from Irving, Texas. After playing together as a duo, they were later joined by drummer Chris Thompson and bassist Jon Jones, who all met while students at the University of North Texas at Denton, about 50 miles north of Dallas/Fort Worth. After graduating the group decided to stay in Denton and to this day make their home in the town.

Late in 2003 producer Frank Liddell (Jack Ingram, Miranda Lambert, Chris Knight) attended a show at the Gypsy Tea Room where EYB was playing on the bill with Miranda Lambert. He was impressed with their live show and wound up signing them to Carnival Recording Company soon after and released their debut, Level.

Level has drawn comparisons to The Jayhawks on the plaintive “When It Rains.” The band members, all in their early 20s, have proven to be adept at blending their musical influences into a cohesive sound on this effort. You can hear the heartland rock of John Mellencamp in the autobiographical “Small Town Kid” and the crying-in-your-beer band on the road saga “Highways and Broken Hearts.”  There’s the grinding blues of The Black Crowes in “Bring It On Home,” and the romantic lament of “That’s the Way” and “Everything Is You.”

“Our sound is a blend of all of our influences. For example, I was raised on blues and rock, guitarists like Stevie Ray Vaughan, Joe Perry, Jimmy Page… all the greats.”

You can hear a bit of James’s early influences on Level’s title track, a blues-rocker that lends itself to the sound of Lenny Kravitz, ending with a rave up guitar riff that sounds like a tribute to one of Young’s guitar heroes, Jimmy Page. You can also hear that he was inspired by Stevie Ray Vaughan when listening to the solo in “So Close Now.”

‘Musically speaking we all come from different places,” says Eli. “I grew up on singer/songwriters like Rodney Crowell and Paul Simon. Jon’s major influences on bass were Jaco Pastorius and Stefan Lessard, while Chris studied drummers like John Blackwell, Matt Chamberlain and Steve Gadd,” he adds. “Whether we’re playing ‘When It Rains’ or a track like ‘Bring It On Home,’ the blend of my vocals and James on guitar mixed with Chris and Jon laying down the rhythm makes each song sound distinctly like EYB.’

“We really wanted to stretch and push ourselves,” says Eli about the band’s approach to recording the album, co-produced by Texas native Erik Herbst in his Denton studio as well as JJ Lester.

Indeed, Level is a search for higher ground after years of playing before larger and larger audiences, both on their own and opening for bigger acts. In five short years the Eli Young Band has gone from small club dates to playing in front of 6,000 people at a time opening for the likes of Jack Ingram, Pat Green and Cross Canadian Ragweed.

Songs like “Small Town Kid” and “So Close Now” capture the frustrations of being trapped in a small town and wanting to get out (“I’ve got the streets memorized/I see the faces in my mind… I have nothing in common with the town I’ve come to know”).

“Oklahoma Girl” and “Girl in Red” deal with the titillation of love at first sight. “When It Rains,” “That’s the Way” and “Everything in You” capture the downside of relationships, the loneliness after they end, while “I Call The Tune” is a lighthearted track written in a tongue and cheek manner that has become a crowd favorite.

“Whether I’m having a bad day or going through a difficult time, writing has become a way for me to deal with my frustrations and work through my emotions,” says Eli. “Music is a great outlet; most of the songs on ‘Level’ are a reflection of the bands personal experiences over the last few years.”

In the end, the Eli Young Band is about going out on the road and playing their music for their fans.  You can hear that in the lonesome twang of “Highways and Broken Hearts” and the undaunted optimism of “Bottom Line.”

“There are a lot of ups and downs being on the road in a working band,” says James, adding with a laugh. “I can’t think of anything I’d rather do.”

“We love getting out there and exposing new people to our music. That’s why we play four and five shows a week. We’re in this for the long haul, building up our fan base one audience at a time…and that’s our bottom line.”