Posted in MusicWorld on August 27, 2009 by Maria Browning 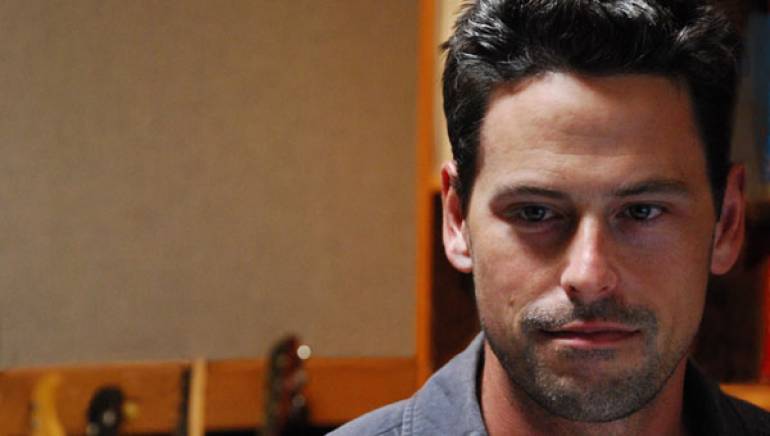 “I always wanted to be a drummer,” confesses film composer Edward Rogers. His affinity for percussion-fueled sound is evident in Amar a Morir, an award-winning indie feature from Mexico, which he expects to see released in the U.S. next year. American audiences already know Rogers’ compelling music from his six-year stint scoring Steven Bochco’s landmark cop drama, NYPD Blue. He also provided the music for Over There, Bochco’s controversial series about the Iraq War. He exhibited profound range, creating a diverse but cohesive body of music that evoked the war’s emotional complexity.

Roger’s versatility is the result of eclectic influences. His father is a blues musician, so the family home in Minneapolis was filled with the sound of blues legends like Mississippi John Hurt, as well as classical music. Rogers admits he didn’t always appreciate his musical legacy. “When I went through my rebellious teen years, I shunned all that for 80s hair bands.” His taste for heavy metal eventually gave way to a liking for Paul Simon and Bruce Cockburn. In college, Rogers “rediscovered the orchestra” and began to study electronic music. “I think the combination of all those sensibilities in my head was what drove me toward film scoring,” he says. While studying music for film at USC, Rogers met legendary television composer Mike Post, who helped him launch his career.

Rogers sees his role in a production as essentially collaborative. “I feel like my job is to be part of a team,” he says. “The most important thing is the writing and the story.” Ideally, he looks for projects in which he can serve the story and experiment musically. He’s found just such a dream gig with Warehouse 13, a new series on SyFy about a secret archive of supernatural artifacts. Every artifact has a musical theme, allowing Rogers to work in a wealth of musical idioms, from ethnic drumming to lounge pop. “‘Warehouse 13’ is an amazing way to stretch in new directions,” he says, clearly relishing the challenge. “I get to do everything under the sun.”