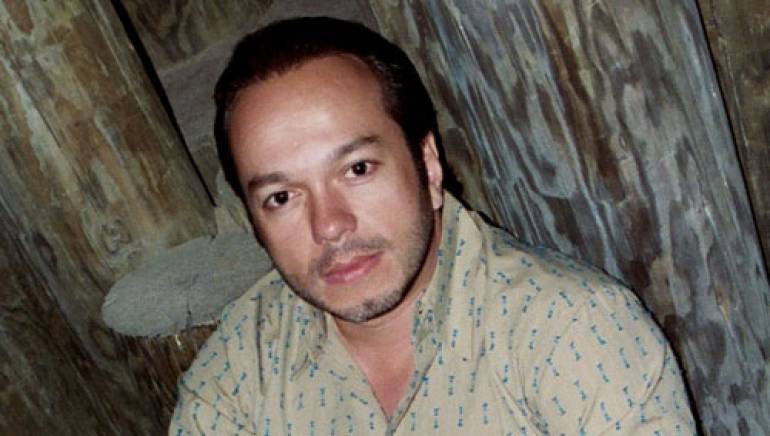 Edgar Cortazar … a modern poet, Latin Grammy and BMI award winner who’s creations have touched the heart of superstars such as Luis Miguel, with whom he collaborated as a co-author on three songs of his multi platinum Grammy nominated “33” album and one song in his recently released and also multi-platinum RIAA certified “Grandes Exitos”, making him share credits with renowned songwriters like Armando Manzanero, Juan Carlos Calderon, Manuel Alejandro, Rudy Perez, Kike Santander and Juan Luis Guerra among others.

Born from a musical family, Edgar Cortazar has been influenced by art from generations behind. His grandfather, Ernesto Cortazar, composed most of Mexico’s popular music hits in the 40’s and 50’s which were recorded by the voice of Jorge Negrete and Pedro Infante among many others. Songs like “No Volveré”, “Ay Jalisco No Te Rajes”, “Cocula”, “Yo Soy Mexicano”, “La Chancla”, “El Apagón”, “Serenata Tapatía”, “Esos Altos De Jalisco” , “Amor Con Amor Se Paga”, “Prisionero Del Mar”, “Tequila Con Limón”, “Ansiedad”, “Fiesta Mexicana”, “Soy Puro Mexicano” and many, many others are part of the Cortazar family music catalog.

Edgar Cortazar’s Songs have been recorded by multiple artists such as:

Edgar Cortazar’s singular style of singing and voice recording has made him become part of numerous music projects as a professional in the commercial scene. He has participated in numerous T.V., radio, and commercial voiceover campaigns with companies such as: Ford Motor Company, Disney, Chrysler, Telemundo, Univision and Frito Lay.

Edgar has also become part of many musical productions for the Disney Latin Music Division as a Composer / lead voice and background vocal professional singer.

As a professional singer, Edgar Cortazar has participated in the recording of more than 450 demo and full produced songs in different publishing companies and recording studios in the Los Angeles area.