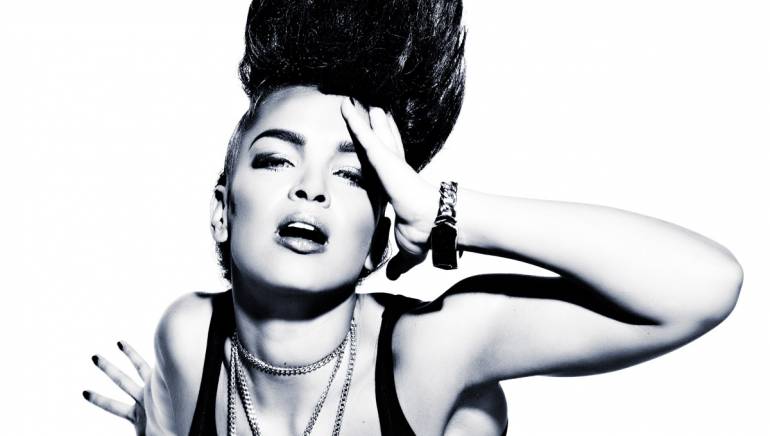 “She’s pretty awesome.” Eva Simons is gushing, her oversized mohawk a tidal wave of orange spilling from one side to the other. The Dutch singer-songwriter launched to pop’s dance-dominated frontlines last year with the surging Afrojack collaboration “Take Over Control,” and she’s hardly reluctant to praise one of that song’s other co-writers—her mother.

It’s almost an understatement to say Eva Simons was born into a musical family. Her mother was a local fixation in Dutch house and r&b during the nineties; her grandfather a folk-hero and world-class accordion player. Checking in with BMI from her small recording setup at home, Simons details this legacy with as much zest as she does her approaching debut as a solo artist. And it only seems appropriate: energy, the plush-voiced singer repeatedly emphasizes, is a dominant aspect to the record.

But it’s not the most important. Working closely with English co-writer Mike Hamilton, the final accomplice behind “Take Over Control” and her chief collaborator, Simons considers the album “very song-based,” however robust the electronic ornamentation. “We want to keep it edgy and fresh,” she allows, contending that laser-sharp production never overcomes the primacy of the song itself: “Otherwise, I become a producer’s sound.”

Accordingly, Simons and lyricist Hamilton are pulling from a diverse line of techno producers and, most importantly, the duo is pulling them to its own design. Their songwriting partnership, officially Topline Ink, began in 2010 and was quickly cemented by the volcanic success of the Afrojack single. Since then, Topline Ink has sidelined the subsequent influx of tempting requests, concentrating instead on an all-out campaign built around Simons’ writing and galvanizing presence.

Demoing tunes at the piano, and recording using Logic, Simons pours her effort into extracting “atmosphere and melody,” while Hamilton hammers her concepts into direct, refined formation. “Most of it I already mix,” she says, which, along with producing, is a skill gleaned during the progression from girl groups and cover bands to recording jingles with by-the-book producers—formative years Simons says underlined the difference between being a performer and being an artist.

That evolution—or Eva-lution, as she suggests with a wink—is the seed of the project, about which Simons remains tight-lipped. The trajectory may be a personal one, but touring for the past year, Simons has found her goal on the face of crowds around the world. “It gives you a rush to see they get it,” she beams, “exactly how you meant it.”