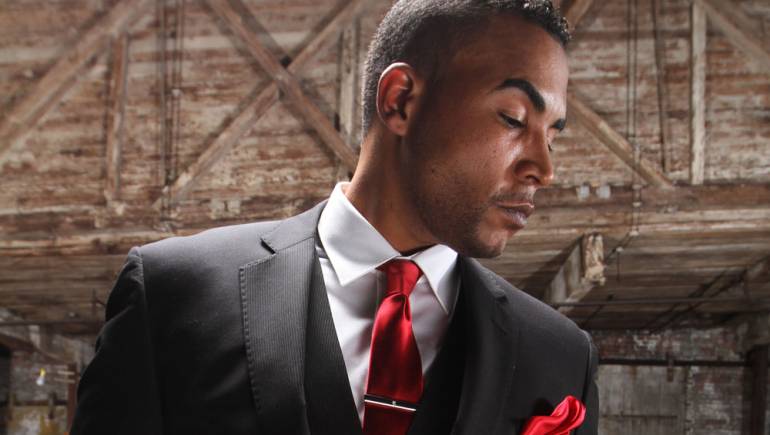 Don Omar wears many hats. To the die-hard fans of reggaeton in his native Puerto Rico and all over Latin America, he is “the Don,” a pioneer of the genre. To movie lovers and fans of fast cars, he is Rico Santos in the street-racing action film series The Fast and the Furious. And to hundreds of millions of YouTube viewers, he is that suave guy on a boat singing the huge international hit “Danza Kuduro.”

Most recently the self-described “King of Kings,” which is also the title of his highly acclaimed and multi-platinum 2006 album, finds himself in the driver’s seat of a new racecar as well as a new company and record label, Orfanato Music Group. That is a lot for one man, even a superstar, to keep in play. But Don Omar is used to the spotlight. His very first studio album, The Last Don, followed by its live version, sold over a million copies worldwide. The album solidified Omar’s status as one of Latin music’s most successful crossover artists — ever.

After that global splash of his first two albums, the magnetic singer went in another direction and released the 2009 electro-pop record with a sci-fi theme, iDon. An experimental foray into other styles that no one was expecting, it displayed Omar’s musical versatility but had his loyal fan base wondering if the king of reggaeton had permanently changed course.

However, with the release last fall of Don Omar Presents: Meet the Orphans, Omar has returned to his Latin roots. The album showcases the emerging talents of the artists and producers that make up his new Orfanato Music Group. The first two singles, “Danza Kuduro,” the YouTube phenomenon featuring French-Portuguese singer Lucenzo, and the reggaeton anthem “Hasta Abajo,” have both topped the charts. “Danza Kuduro” has been on the Billboard top Latin songs chart for 30 weeks, and the video is set to break a record with over 100 million views on YouTube.

The release of the album’s third single, “Taboo,” has generated considerable hype, given its history. It’s a new take on the classic Latin dance hit “Llorando se fue,” also known as “La Lambada.” Originally written and recorded by the Bolivian group Los Kjarkas in 1981, it ignited a firestorm when in 1989 the French pop group Kaoma released an unauthorized version that became a worldwide summer hit and started the Lambada dance craze. A lawsuit followed.

“El Rey” Don Omar, however, is the first artist ever to receive full permission from the band to use the song in his re-adapted version of the immensely popular dance tune. “Taboo” is featured in the fifth installment of The Fast and the Furious and its much-anticipated video, shot in the Dominican Republic and Brazil, will be released in late April just as the film hits theaters.

Omar credits the interconnectivity fostered by the digital age for his mega stardom and the fact that his songs now become, in his words, “iconic songs,” accessible and wildly popular all over the world. It doesn’t hurt that the songs in question are also expertly crafted smashes, whose grooves transcend language and locale.

“The future of music is what motivates me,” says Omar. “My number one goal in my new role as president of my record label is to preserve the music industry. The only answer is the Internet. I’ve been making music for 17 years and none of the systems are more effective than having a personal relationship with my fans via the Internet.”

And that personal touch is never more evident than when the 33-year-old talks about the vision for his new label. He is like a godfather to new talent, a role he takes very seriously. He brings artists under his wing (and his ever-growing sphere of influence) and in turn, brings the music he loves to more and more fans all over the world. Add one more hat to the hat rack: mentor.

But the man of many turns remains constant in his vision. “Now,” he says, “I want to be Don Omar more than ever.”