Posted in MusicWorld on August 14, 2007 by Dave Helland 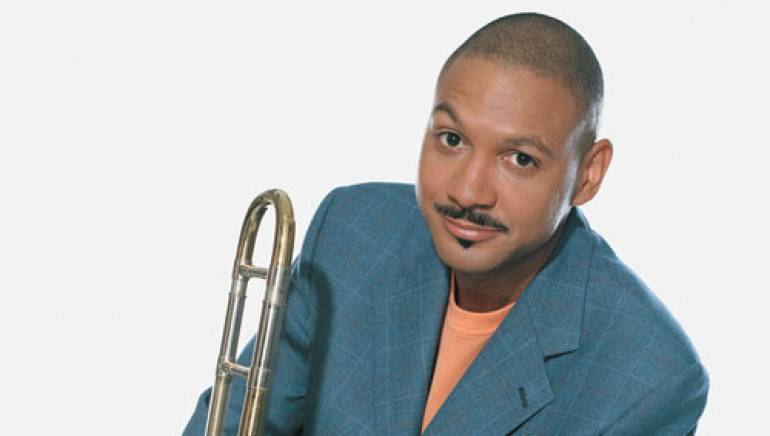 Delfeayo Marsalis’s Minions Dominion, with its subtly swinging ballads, intertwining lines and fleet bop melodies performed by the late Elvin Jones on drums and brother Branford and Donald Harrison on saxophones, has the traditional sound of modern jazz. It’s become a well-established sound in the 20 years since the young lions upset the jazz establishment by being staunchly traditional and openly admiring of music first heard decades before their birth, but it leads to contemporary jazz musicians being unfairly compared to truly legendary historical figures. “But you would never hear a Wynton Marsalis composition and say, ‘this is Duke Ellington’ any more than you would hear Michael Brecker and say this is ‘John Coltrane’,” counters the trombone-playing Marsalis. “You hear that this guy studied Duke Ellington but this is his own take. That is how [the jazz tradition] sustains itself: through composition.”

Though this is his first release in a decade, Marsalis, who turns 42 this summer, has been a major multi-tasker on the jazz scene since the early ’80s. He’s toured with Jones, Art Blakey, Slide Hampton and Max Roach as well as Ray Charles and Fats Domino; produced nearly 80 sessions for contemporaries such as Nicholas Payton, Jeff “Tain” Watts, Courtney Pine, and Eric Reed, various family members and Harry Connick Jr.’s debut; studied at Berklee and the University of Louisville, which awarded him an MA in jazz performance, and composed for stage and screen productions as varied as the ABC mini-series Moon over Miami and the New Orleans Ballet adaptation of plays by Tennessee Williams.

As active as he is today, Marsalis misses the good old days. “If you look back at what these guys were trying to accomplish … it’s phenomenal to me, given where they started, which was basically learning jazz off of records,” explains Marsalis, who recalls a conversation with Terence Blanchard and Donald Harrison: “I told them, ‘Let’s get back to the ’80s.’ Not that I wanted guys to play that style of music again but to get back to that level of seriousness and intensity. The sad part is so much music happened in the ’80s that’s been overlooked.”