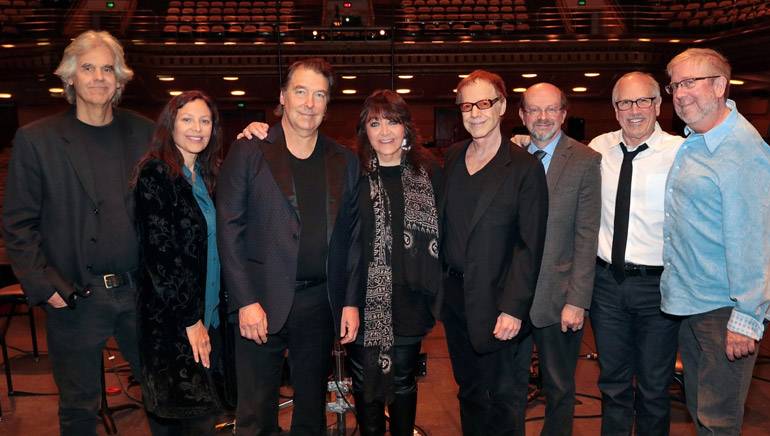 BMI continued its sponsorship of the American Youth Symphony’s (AYS) concert series, Imagination: The Elfman Project III, a three-year initiative that began in 2012 with the intent to explore and celebrate the film music of iconic BMI composer Danny Elfman, through a panel discussion followed by a concert performance on Sunday, November 23, at the University of California, Los Angeles’ Royce Hall.

This is the final year of the popular Elfman Project, and AYS fused music and storytelling with selections from some of Elfman’s most brilliantly imaginative scores. Suites were in part performed to film and conducted by world-renowned BMI film composer David Newman, who is also an AYS alumnus and board member. Newman and his wife, Krystyna, have supported The Elfman Project since its inception. For the culmination of the series, Newman conducted a live, full-orchestra performance of selections from Elfman’s scores of popular films, including Men In Black, The Family Man, Dolores Claiborne, Epic, Beetlejuice, Hitchcock and Dick Tracy.

Within a career that has spanned decades, Newman has scored more than 100 feature films and remains one of the most in-demand film composers in the industry. He is a recipient of multiple BMI Film/TV awards for his work, as well as BMI’s Richard Kirk Award, the highest honor BMI bestows on film and TV composers. Indeed, musical composition is truly the family business: his father, Alfred Newman, was a nine-time Oscar winner and is considered one of the godfathers of film music. Along with his brother Thomas Newman and cousin Randy Newman, the Newman musical dynasty is an essential element of film and television music history. Newman continues to honor this legacy by mentoring the next generation of musicians through his work with AYS. He launched this concert series in 2009 featuring the scores of illustrious composers, beginning with the work of another BMI affiliate, the late Jerry Goldsmith.