Posted in MusicWorld on June 8, 2011 by Keith Johnson 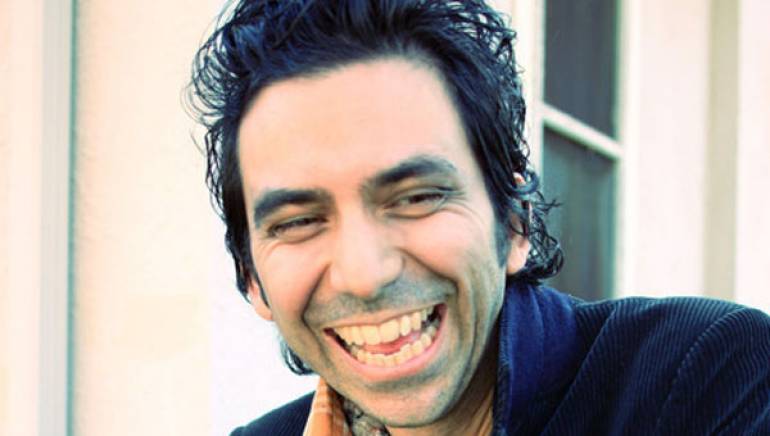 Longtime Austin resident David Garza began his career busking on the streets of the Lone Star State’s capital city. This restless spirit has gone on to release dozens of unclassifiable recordings, mixing whatever musical strains he feels like. With a prolific, eclectic vision, Garza’s work reveals one interesting hybrid after another.

A native of Irving, Texas, David Garza has traveled a long road, starting out opening for Edie Brickell and New Bohemians in the Dallas area before entering the University of Texas at Austin. There he formed Twang Twang Shock A Boom, then went solo under the monickers David Garza and The Lovebeads, and later DAH-VEED. In the mid-1990s he had his brush with the major-label world, signing with Lava/Atlantic, but eventually returned to his street-performer roots, releasing nearly an album a year until 2008’s Dream Delay.

Balancing the experimental with the accessible, the adventurous with the traditional, Garza’s music draws from pop, twang, avante-garde, electronic, and traditional Latin elements, much of it with a romantic, noir-like flair. A gifted multi-instrumentalist, he writes songs with a poet’s eye, and his recordings have a rich, left-of-center sonic texture, with all of it held together by his distinctive, trembling croon. His unique aesthetic sense has drawn the attention of many industry notables, including Juliana Hatfield (who tapped Garza to produce her on Beautiful Creature), and Nickel Creek’s Sara Watkins (who cut her own version of the Garza-penned tune “Too Much”).

An accomplished painter as well as a musician, Garza has exhibited his paintings in both Austin and Los Angeles. He also serves on the board of the SIMS Foundation – an organization which addresses the musical community’s health care needs – and is a recurring participant in the Hecho En Tejas series of performances, which shine a light on Tejano culture.

It’s no wonder, then, that Austin mayor Lee Leffingwell proclaimed May 12 to be David Garza Day. In many ways, Garza embodies much of the spirit of Austin: the down-home bohemian feel, love for the local culture, and an uncompromising commitment to the arts. The gesture says a lot about the city, and it says even more about David Garza.