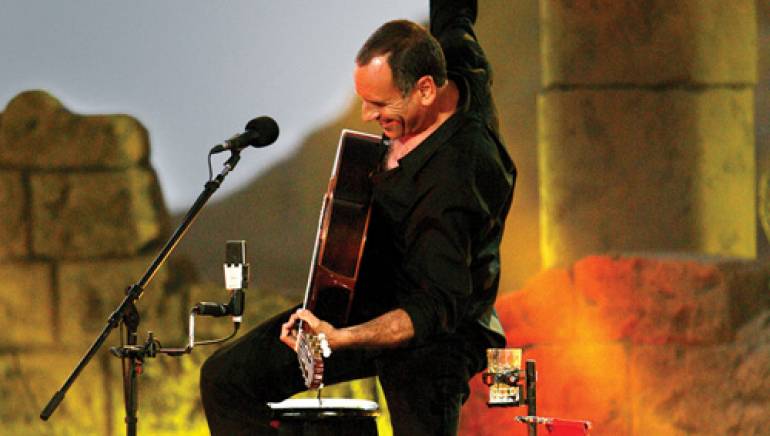 Rock and Roll Hall of Famer Jackson Browne and Grammy-winning singer/songwriter Shawn Colvin join Broza at the 2000-year-old fortress along with Palestinian artist Ebrahim Eid to perform Broza’s hit song In My Heart. Broza and Eid are accompanied by the Neve Shalom/Wahat al-Salam Israeli-Palestinian School Choir.

Broza, an Israeli composer, guitarist and singer, has earned 16 gold, platinum and multi-platinum releases. His flamenco-tinged, folk-rock melodies are accompanied by his singing in English, Hebrew, and Spanish. Broza is also a goodwill ambassador for the UNICEF.