Posted in MusicWorld on March 26, 2008 by Kevin Zimmerman 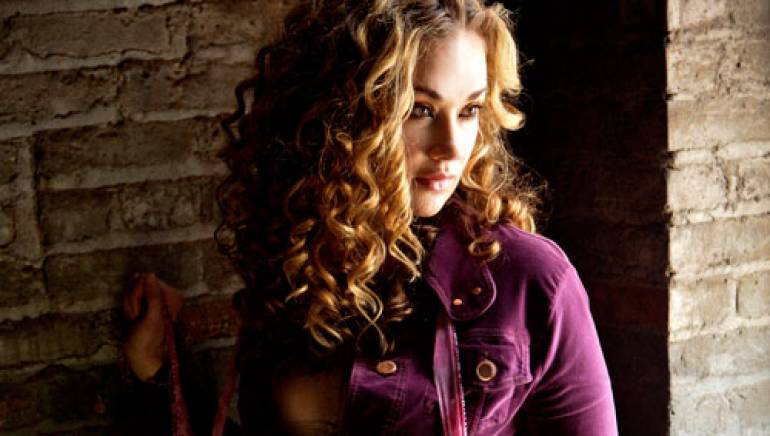 Viewers who flocked to last year’s Beatles-centric film Across the Universe were faced with a mostly unknown cast singing their way through some 30 Fab Four classics. Many came away impressed with bluesy belter Dana Fuchs, who as landlady/bohemian/rocker Sadie (as in “Sexy…”) delivered delightfully distinctive versions of “White Album” favorites “Helter Skelter” and “Why Don’t We Do It In the Road?”

But, as is so often the case, the singer/actress didn’t exactly emerge from nowhere. The Sadie character was obviously influenced by Janis Joplin, so it was no big surprise when director Julie Taymor cast Fuchs, who’d performed as Pearl in the off-Broadway show Love, Janis.

The youngest of six children, Fuchs grew up in a small Florida town surrounded by music, whether it was records and radio, her siblings’ garage bands, or singing in the First Baptist Gospel Choir. By age 19, she’d relocated to New York City “to sing the blues,” performing around town with a variety of blues acts before connecting with guitarist Jon Diamond, with whom she formed the Dana Fuchs Band.

Steadily building a growing following, Fuchs at last came to the attention of the Love, Janis producers, singing a few bars of “Piece of My Heart” and nailing the role, which, in turn, helped consolidate her reputation among the city’s music cognoscenti.

With Diamond, Fuchs co-wrote her band’s debut CD, Lonely for a Lifetime (Q&W Music), a 12-song rave-up that reveals her musical debt to the likes of Etta James, Aretha Franklin, the Rolling Stones, and Bob Dylan.

“These tracks are about addiction and religious hypocrisy,” she says, “and, like all of the tracks on the album, deal with subjects that I have a deep personal experience with. It’s crucial to me to have a passionate connection to what I’m delivering in order to create a sincere representation of me, my life and my influences.”

Not that fans of her blistering live shows should fret. “Live performance is the way I get to truly spill my soul and connect with an audience,” she declares. “I love being in the studio creating, but in live performance every second is a new creation.”