Posted in MusicWorld on September 3, 2008 by Edd Hurt 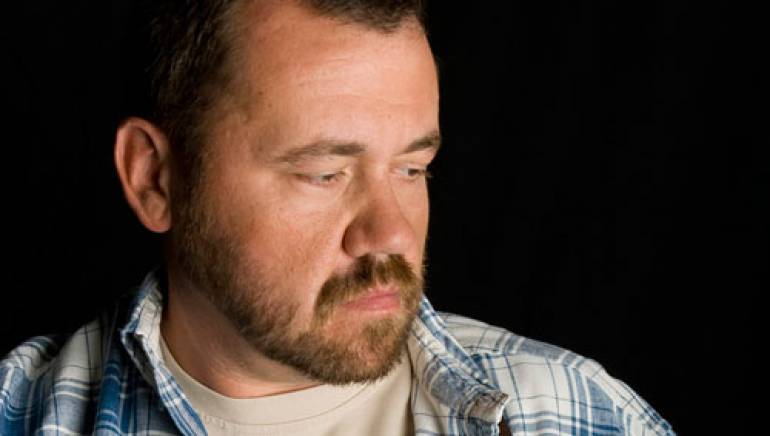 His off-screen turn on the Stanley Brothers’ “I’m a Man of Constant Sorrow” in 2000’s acclaimed film O Brother, Where Art Thou? might have established Dan Tyminski as a high-profile practitioner of traditional bluegrass, but the singer and instrumentalist is equally adept at the sort of modernization favored by Alison Krauss and Jerry Douglas. A member of Krauss’s Union Station since 1994, Tyminski used the window of opportunity presented by Krauss’ current project — recording and touring with vocalist Robert Plant — to cut Wheels, a collection that displays the Vermont-born musician’s modest intensity and impeccable taste in material.

Yet Tyminski says he doesn’t share Krauss’s love for stalking the elusive song. “That’s probably the hardest part of it,” he admits. “Some people do love the thrill of the hunt.” Wheels proves Tyminski has a knack for choosing material that doesn’t shy away from the sometimes-dark contradictions of contemporary life. Early in his days playing with Union Station, he was impressed by the band’s ease with all sorts of material. “They didn’t have just one type of song they played,” he remembers. “They really made me stretch.” On Wheels, Tyminski sounds relaxed covering Kitty Wells and Billy Wallace’s “Whose Shoulder Will You Cry On,” originally a 1955 Wells single.

Tyminski, who started playing mandolin when he was eight, sticks to guitar throughout Wheels, with his superb band easily navigating the chord changes of “Heads You Win Tails I Lose.” For all its virtuosity, Wheels plays much like an intelligent mainstream country record. Tyminski brings his characters to life, from the country boy who turns his back on the suburbs in “Making Hay” to the wrongly accused prisoner of “Some Early Morning.” He never overstates his case, making Wheels a quietly devastating statement from a supremely gifted musician.