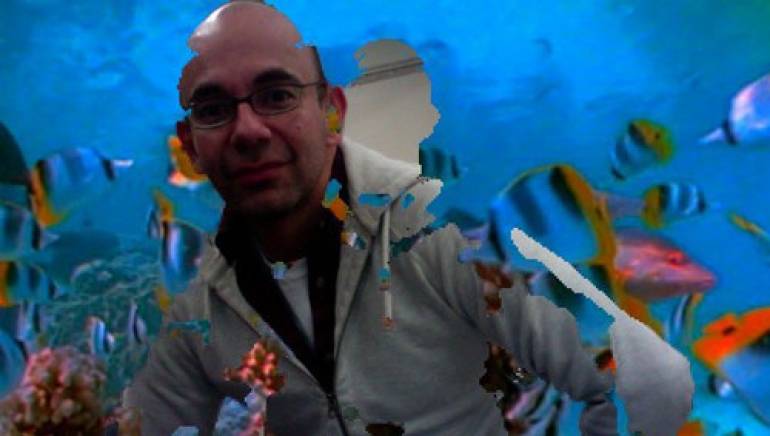 Composer Cristian Amigo was born in Santiago, Chile, emigrating to the U.S. a few years later. His father was a die-hard music fan who had a local radio show that explored the crossover between American popular music and Latin American music. Cristian began formal music studies at age 12 with Joseph Torello in New Haven, CT.

After FSU, he played in original and cover bands in Miami, before moving to Los Angeles to become a “rock star” art composer and psychedelic guitarist. Although the rock star art thing went awry, Amigo eventually managed to earn a BA degree in Political Science/Political Theory at California State University, Northridge and an MA and Ph.D. in ethnomusicology at UCLA. During that time, he earned his living s as a session guitarist, band leader, music producer, “shadow” film composer, jingle producer, concert producer, teacher, assistant travel agent, and janitor.

In the summer of 2001, Amigo moved to New York, doing research for his Ph.D. As fate (or luck) would have it, he got a gig one week later with the legendary Afro-Peruvian guitarist Carlos Hayre, who asked him to be his second guitarist and disciple of sorts. They played many concerts together including the 2002 World Festival of Sacred Music in Los Angeles and the Brava Theater in San Francisco.

Musically, things clicked for Amigo in New York. His awards include a Guggenheim Fellowship in music composition, the Van Lier Fellowship from Meet the Composer, and, of course, the sine qua non of artistic achievment: honorary artist badges from the Cub Scouts/Webelos/and Boy Scouts of America.