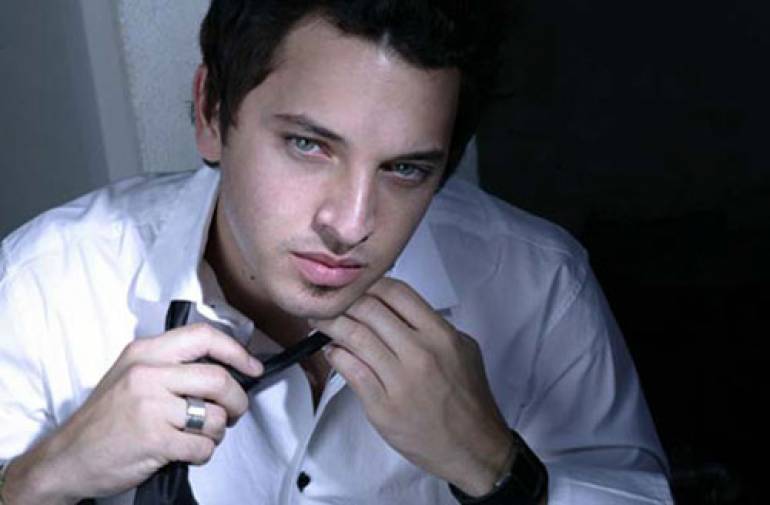 There are two words that describe Héctor Crisantes’ life: earth and music. “At home, conversations were always about agriculture and music, that’s what we ate,” says the Mexican-American singer/songwriter. “And that’s literally speaking.”

Héctor was raised between Nogales, Arizona, and Culiacán, Sinaloa (Mexico), with the certainty that his best form of expression lay in the purest Anglo form of pop-rock. And thanks to his experience and direct contact with the earth, he’s continued the natural process of good fruits/harvest: the necessary time, organic, no-additives and no-maturing devices.

Perhaps his original last name “Crisantakis” would explain it all. As a Greek descendent, the value and generosity of the earth and the ties with art are everything. At the young age of 8 he knew that the adrenaline from stage was magnetic and strong like that of the earth. “I grew up cultivating tomatoes with the illusion of one day becoming an agriculturist… but I was 8 when I set foot on stage for the very first time. The group we had with my brother and a few cousins was invited to perform at a benefit concert in front of 10,000 people. My hands were sweaty and my mind was blank. I felt as if I couldn’t play my guitar, but at the same time I felt that this is what I wanted to do for the rest of my life.”

He owes finding himself face-to-face with music to his father. “When my father was young he dedicated himself to music as a hobby, then he was sent to study in San Francisco, and grew up with the music of that time. When we moved to Culiacán, he took over the rock group he once had with his friends. My brother and I saw that and I thought, ‘that’s what I want to do when I grow up’.” In that instant, his path was set.

“We never had formal lessons. The same year I started playing as a hobby we went out to perform in public. Our schooling was the street and records from the Beatles, Rolling Stones…they were my idols. We put a group together, started writing songs and experimenting.”

Hector’s instruments include the guitar, keyboard, drums and vocals. He writes and composes his songs in English and Spanish. All of the songs on his debut album are a product of his experiences and his vision of the most real and genuine love possible. “To be up on a stage is a sensation unlike no other. An experience you want to repeat over and over.”  And Crisantes is anxious and ready to taste it.