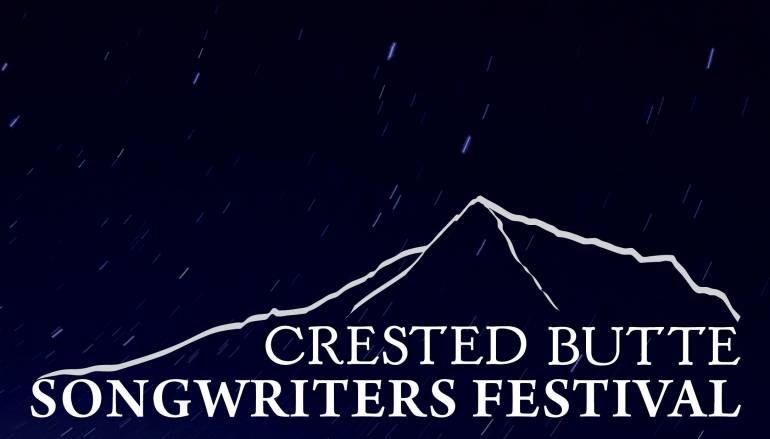 From January 16-20, 2013 at the Crested Butte Mountain Resort’s elevation-hotel-and-spa in Colorado, The Crested Butte Songwriters Festival will proudly present the best performing songwriters in the world. Building on last year’s successful debut, which raised more than $40,000 for Cattlemen’s Days Tough Enough to Wear Pink and the TJ Martell Foundation, this year’s festival will once again raise money and awareness by showcasing the faces, voices and stories behind some of today’s biggest hit songs. Fans and songwriters will swap stories and mingle in a series of casual and intimate performances set against the breathtaking backdrop of Mount Crested Butte.

ADMISSION: $5 donation for entry into all Friday night shows

Proceeds from all shows will benefit Cattlemen’s DaysTough Enough to Wear Pink and the T.J. Martell Foundation.

The National Tough Enough to Wear Pink campaign established by Wrangler and Terry Wheatley brought the sport of professional rodeo and the western community together to rally against breast cancer.  Cattlemen’s Days Tough Enough to Wear Pink (TETWP) celebrates its seven-year anniversary in its fight against breast cancer.  Because of the efforts of many, Cattlemen’s Days TETWP has been recognized as the #1 fundraising rodeo in the nation.  TETWP has worked closely with public health, Gunnison Valley Hospital, and area physicians to develop a model program dedicated to providing local funding for breast cancer awareness, education, mammograms, equipment, support and further diagnosis.

The T.J. Martell Foundation supports the Frances Williams Preston Laboratories at the Vanderbilt-Ingram Cancer Center. The Frances Williams Preston Laboratories were established in 1993 in honor of Frances Preston, longtime President and CEO of BMI and President of the T.J. Martell Foundation Board of Directors. Over the years, hundreds of volunteers have worked passionately to help provide more than $250 million for leukemia, cancer and AIDS research.