Posted in MusicWorld on December 22, 2009 by Jonathan Marx 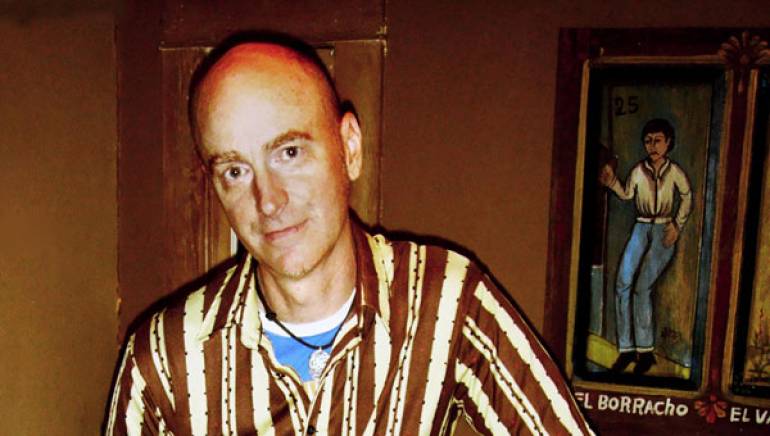 For any film-music composer, the first rule of creating a soundtrack is that the music must be in service of the action onscreen. But when producer-director Miranda Bailey asked Craig Richey to score her documentary Greenlit, Richey took that rule to its logical extreme.

Greenlit chronicles Bailey’s attempts to make a “green” movie, reflecting her own concerns about the environmental impact of the film industry. That got Richey thinking about his own creative process. “I decided it would be fun to include in the score as many ‘recycled’ instruments as possible,” he says. “I started looking around my house, and whenever I started to throw something away, I’d hold on to it.”

That meant saving empty bottles, which could be used as percussion or as wind instruments. It also meant looking down and realizing that the gravel in front of his house could be used to make a shaker. Most intriguing of all, though, was an instrument Richey dubbed the coppafone.

“I had just finished building a deck that had a lot of copper piping. I happened to glance at it and realized that I could cut the leftover pipes to different lengths and bang on those. It turned out to be the star instrument, because the pitches on the coppafone quite accidentally corresponded to the pitches I’d come up with for the main theme of the film.”

Richey, whose previous film scores include Lovely and Amazing and The King of Kong, didn’t limit himself strictly to recycled instruments. But his creations played an integral role in shaping the music he wrote for Greenlit. “The fact I was using these unconventional things very much influenced how the music was scored,” he explains. “It’s like being a painter: You get your palette together, and that informs how you’re going to use and combine the color.”