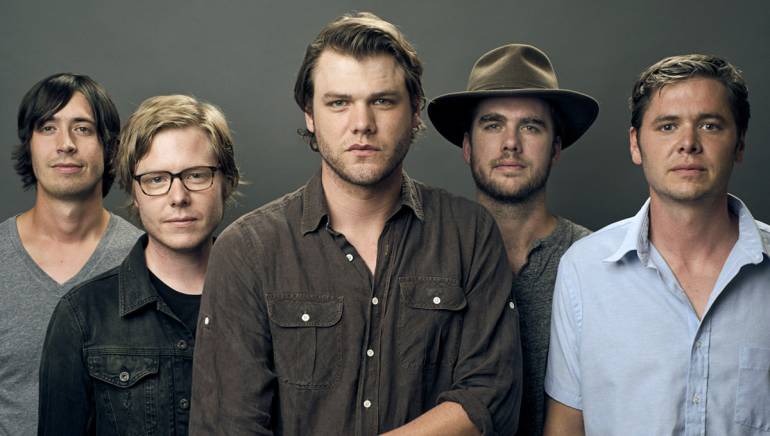 For brothers Abe, James and Sam Wilson, the absence of a stereo in their childhood home in Virginia was no impediment to their musical discoveries. Their father, University of Virginia professor of theology and literature William Wilson, kept the sons serenaded with hymns, ballads, love songs and more. It was his love of singing and playing music that instilled a drive in the sons to start creating their own style of music  – rock ‘n’ roll with a definite nod to Americana.

The Wilson brothers worked with GRAMMY-nominated producer Ken Coomer, the former drummer of Wilco, to put together their newest album, Love & Logic, due out September 30, 2014. The album contains introspective, soul-searching lyrics, dealing with existential themes like fitting in, finding oneself, and of course, love. The lyrics might be heavy, but delivered with backing from banjos, guitars, and three-part harmonies, the songs are anything but brooding. Instead they invoke the richness of Southern tradition and culture.

The Sons of Bill have been putting out solid roots rock music for a while, sharing the duties of songwriting and singing among the brothers. Love & Logic follows the Sirens LP, a Billboard top 200 debut and a peak of #12 on the Heatseekers chart back in 2012. Between records, Sons of Bill toured the globe, bringing energy-filled country-rock shows to fans around the world, all the while working on new material and expanding their skills as writers and musicians.

After playing at the Americana Music Festival September 19, 2014, in Nashville, the band will tour in support of the album, with shows nationwide. Check out their music here.