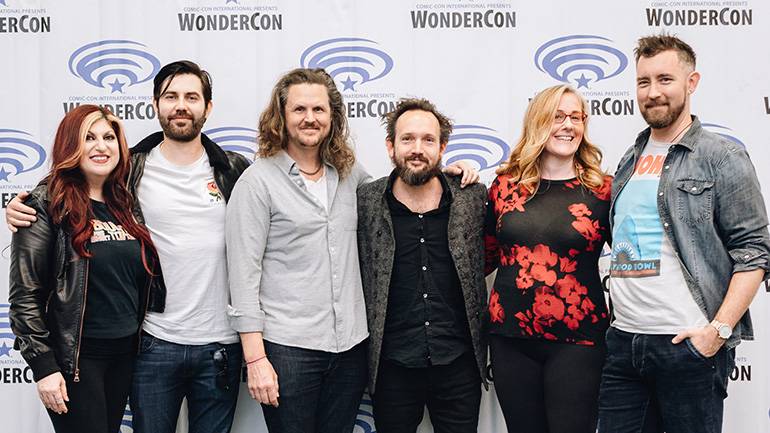 BMI and White Bear PR teamed up to bring the Spine-Tingling Suspense: Music from Thrillers and Drama panel at WonderCon 2019. The panel featured renowned composers Ronit Kirchman (The Sinner, Zen and the Art of Dying), Will Bates (The Magicians, Imperium, Nightflyers), and Andy Grush and Taylor Newton Stewart, known collectively as The Newton Brothers, (The Haunting of Hill House, Oculus, Ouija: Origin of Evil). The composers elaborated on their works behind some of the most iconic chilling scenes in TV and film. The panel was moderated by BMI’s Senior Director of Creative, Film, TV & Visual Media Anne Cecere and White Bear PR’s Chandler Poling.

Throughout the panel, the composers added their insights and described the process of creating music for thrillers and drama, and how they get audiences to jump off their seats time and time again. After the panelists explained the intricate details behind their works and soundtrack to our favorite heart-stopping moments in TV and film, a Q&A with the audience closed out the panel and exclusive swag was handed out.