Posted in MusicWorld on February 17, 2008 by Bruce Britt 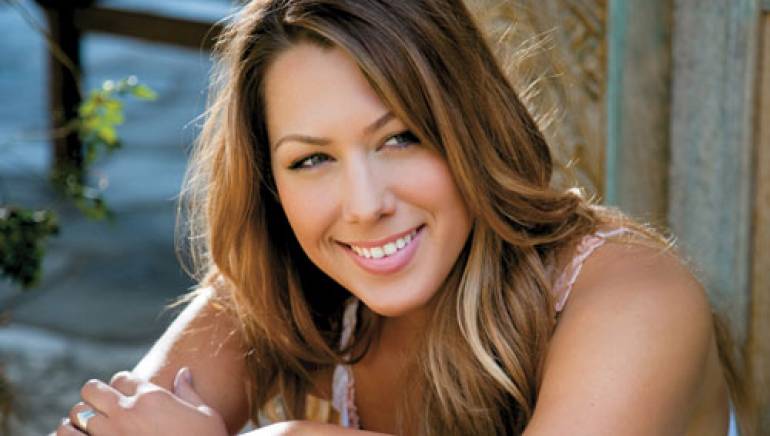 She’s a contemporary pop Cinderella; a singer/songwriter whose soul-melting voice and easy rocking songs transformed her into the most popular unsigned artist on the net. Now, with her signing to Universal/Republic Records, Colbie Caillat officially begins her glass-slippered procession to international stardom.

Colbie’s debut album, Coco, features the singer delivering bashful, girl-next-door sentiments in a bewitching r&b voice. Upon its summer 2007 release, the album shot to No. 5 on the Billboard 200 chart, reaching No. 1 on the iTunes’ sales survey. The single “Bubby” penetrated the Top 10, helping Coco snap up an RIAA gold certification just months after its release.

Its impressive songs and performances notwithstanding, Coco is also notable for its production. The album possesses an aural intimacy that recalls the warm recordings of 1970s artists like Carole King, Bill Withers and James Taylor. Coco’s soothing retro vibes are no accident. The album was co-produced by Colbie’s dad, Ken Caillat, the man who helped oversee the recording of the Fleetwood Mac rock classics Rumours and Tusk.

Dad played a crucial role in Colbie’s creative development, emphasizing the importance of writing one’s own songs instead of relying on professional tunesmiths. Colbie took the advice to heart. “I wrote my first song after my very first guitar lesson,” she recalls. “Then it just all flowed out.”

Nowadays, Colbie collaborates with co-writers Mikal Blue and Jason Reeves. The team crafted the tunes featured on Coco, while Blue served as co-producer. “The songs always start out with me,” Colbie explains of the collaborative process. “If I get stuck, I can take it to Mikal or Jason. Having people you trust to bounce ideas around keeps the creativity flowing.”

Touring in support of Coco, Colbie has found herself recounting her charmed childhood during interviews. Recalling the days when Mick Fleetwood and John McVie hung out at the Caillat abode in suburban Los Angeles, Colbie says good-naturedly, “Of course I’ve learned a lot from them. You’d be a fool not to.”